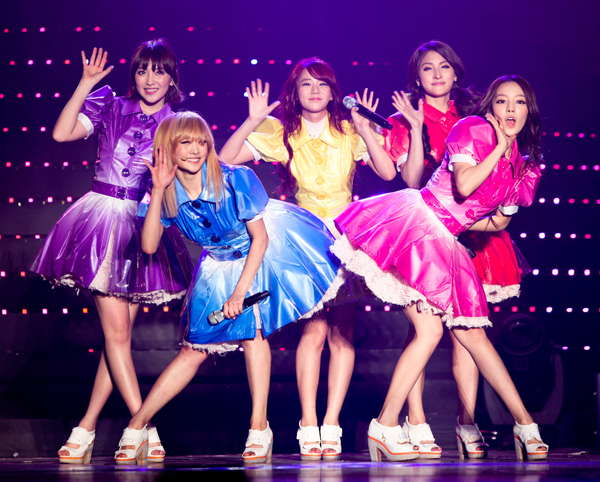 
The Japanese version of KARA’s hit song “Step,” which was released on Feb. 22, has in just one week topped the charts on Japan’s most popular ringtone Web site Recochoku.

The original Korean version of the song, released last September in Japan, was the No.1 ringtone for that month. The song was also one of the most downloaded ringtones in Korea.

KARA successfully completed its first independent concert since their 2007 debut over the weekend in front of some 20,000 fans at the Olympic Gymnastic Gymnasium in Seoul.

In March, the band will release its sixth single “Speed Up/Girl’s Power.”