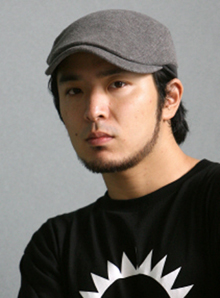 Solo artist Verbal Jint was named artist of the year at the Korean Music Awards, which took place on Feb. 29 at Ax-Korea in northeastern Seoul.

Meanwhile, another notable achievement was made by the band Jang Kiha and the Faces, which took home four awards for album of the year, artist of the year, best rock song and best rock album. The band thanked their fans on each of the four occasions they ascended the stage.

The band’s lead singer, Jang Kiha, also generated many laughs by wearing a tiara given to him by the singer Ahn Heung-chan from the band Crash.

Other winners for the night included 2NE1, IU, Infinite, Boni and Yi Sung-yol.
The Korean Music Awards ceremony began in 2004 and strives to recognize the achievement of Korean artists. The awards were designated by a panel of music industry experts.