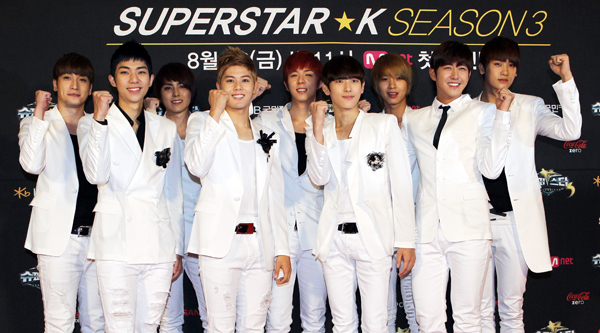 
Minwoo from idol band ZE:A will join forces with Japanese actor Yosihide Sasaki and J-pop singer Hayato Nikaido from the idol band Alpha to perform for a program on Asahi TV.

“Break Out,” will air for the first time on March 15 and will feature the newly-formed trio under the name “3 Piece Lovers.”The part-reality, part-fiction show will follow the band’s endeavors as it creates music and attempts to break into the music industry. When the program ends the group will hold concerts as well as release records in Japan.

“From the get-go they wanted Minwoo on the show. After careful contemplation, Minwoo agreed that it was a great opportunity for him and he has already started practicing Japanese,” said a representative for ZE:A.