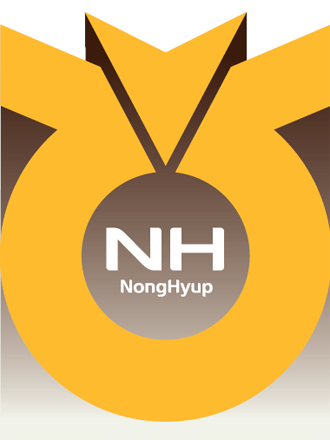 After nearly two decades of debate, the financial and industrial businesses of Korea’s largest agricultural co-op are finally being spun off today into two separate holding companies.

This marks the first major reorganization of the National Agricultural Cooperative Federation, or Nonghyup, in the 51-year history of the behemoth co-op.

It comes after the regulations governing it were revised last March in a bid to make it refocus its original three tasks after it skewed too much toward its financial business.

Under the plan, a total of 20 subsidiaries, plus substantial businesses such as banking that were formerly lumped under one roof, will be divided up among the two holding companies. The new financial holding company will act like a de facto control tower over these different subsidiaries, which are now freer in terms of restrictions such as product development, and more committed to pushing forward aggressively in their respective markets. 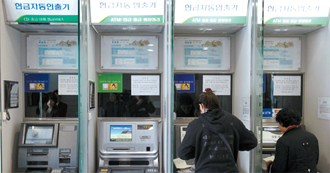 As Nonghyup has considerable advantages, the aftershocks in Korea’s already-crowded financial market are expected to be immense.

For example, the co-op has the strongest bank branch networks, largest assets and most insurance businesses in the nation. It owns over 1,000 banks, many in rural areas where its competitors have little or no presence, meaning that even if it ramps up its competitive edge by a fraction, it could have a huge impact on the market. This may spur a wave of mergers and acquisitions from its rivals as they struggle to keep pace.

The spin-offs are also likely to see Nonghyup return to its roots by focusing more on controlling the prices of farm produce, which have been somewhat neglected and subjected to volatility, as well as projects to educate farmers.

In passing the revised bill last spring, lawmakers also expressed hope that the huge co-op would become more profitable and shake off the complacency that characterized its pre-reform days.

However, experts noted that the new financial holding company still has a long road ahead of it before it can overturn its low levels of productivity, address frequent computer system failures, and step up its risk management in order to be more competitive and meet its long-term goals.

The birth of a Goliath

On Tuesday, Nonghyup held a press briefing to announce that its financial and industrial businesses will be completely separated and put under the auspices of two spin-off holding companies. While the co-op had previously handled and owned all of its businesses and subsidiaries directly, it will now just own the two holding companies and pursue agricultural education projects for its members.

Although its launch has been expected for the past year, its rivals are still bracing for the shock of having a fully-armed Goliath in town.

Meanwhile, the new financial holding company controls more bank branches than any of its rivals. It had a total of 1,172 branches nationwide as of the end of 2011, compared to Kookmin Bank’s 1,165, Shinhan Bank’s 970 and Woori Bank’s 942. Even the combined 1,007 branches of Hana Bank and KEB cannot compete in terms of sheer scale.

While the numbers suggest it is almost on even standing with Kookmin, the reality is quite different due to Nonghyup’s undeniable strength in regional banking.

While other big commercial banks have 60 percent to 70 percent of their branches concentrated in metropolitan areas, including Seoul and Gyeonggi, Nonghyup only has about one-quarter of its branches in similar locations. The vast majority of its network is evenly distributed around the country, especially in smaller cities or farming communities.

Furthermore, it has been given the green light to adopt more aggressive business tactics.

“In the past, Nonghyup was under a lot of regulations concerning financial products, such as in designing variable annuities or offering private banking products,” said an official of Nonghyup’s new financial holding company.

“But now a much wider variety of product launches and marketing tactics have become possible.”

With the spinning off of Nonghyup’s financial holding company following hot on the heels of Hana Financial Group’s acquisition of KEB last month, experts predict financial companies will battle to outsize one another by snapping up strong M&A candidates to gain a bigger market share or even just maintain their standing in the industry.

However, because it only trails the No. 2 and No. 3 players by roughly 1 trillion won, experts believe it will be able to overtake them through more aggressive marketing and sales due to its already formidable sales channel, known as bancassurance, or insurance policies that are sold at bank branches.

With more than 1,000 bank branches under the wing of its affiliate NH Nonghyup Bank, as well as some 4,300 regional co-ops under its parent, the life insurer plans to use this wealth of sales channels to become Korea’s No. 1 life insurer by 2020. This goal includes increasing its 32 trillion won assets as of 2011 to 76 trillion won in the next eight years.

Meanwhile, non-life insurer NH Nonghyup General Insurance ranks around No. 10 in the general insurance sector with 754 billion won in insurance premiums as of last year. As the holding company plans to increase the insurer’s assets from 90 billion won last year to 12 trillion won by 2020, experts say the company is likely to seek an M&A with another insurer, most likely an auto insurer.

This is because NH Nonghyup General Insurance does not have an interest in this area yet, and Korean regulators make it a rule to not allow new entries in the insurance market.

Meanwhile, existing players are seeking their own M&As, with Korea Life already having entered a bid to acquire Tong Yang Life. “The oligopolistic market structure of the domestic financial industry is becoming more pronounced, as financial holding companies compete to expand their market dominance. This means the competition among local banks to diversify their businesses and regional bases will also become fiercer,” said Song Doo-han, head of financial research at the Nonghyup Economic Research Institute.

“As the domestic market sees slower growth, [financial firms] will seek to diversify their regional operations by expanding in foreign markets as well.”

However, a number of officials at other financial holding companies told the JoongAng Daily that the new Nonghyup entity is not yet as formidable an opponent as it could be. They pointed to several key problems that need to be addressed before it will be able to prove itself on the market.

For example, while NH Nonghyup Bank has the largest branch network in Korea, its employee productivity rate lags far behind its competitors.

Woori Bank and Hana Bank also beat NH Nonghyup Bank in terms of productivity, and Kookmin Bank underwent a large-scale restructuring in 2010 to bring its per-employee assets up to 12.5 billion won and deposits up to 11.5 billion won as last November.

Experts also point out that Nonghyup’s new financial holding company needs to step up its game in terms of managing system failures and other risks. Last April, Nonghyup experienced the worst-ever crash in the nation’s banking system, and officials were criticized for their belated response. Even after the incident, Nonghyup has seen frequent stoppages in its ATM and debit card services.

According to data revealed during a parliamentary review of the Ministry for Food, Agriculture, Forestry and Fisheries last year, 43 cases of financial “misconduct” were recorded among 18 major and regional commercial banks, resulting in total losses worth 63.3 billion won.

Of these, 24 cases amounting to total losses of 1.3 billion won came from Nonghyup’s financial businesses, the majority being embezzlement or breach of rules by Nonghyup employees.

NH Nonghyup Life has to overcome crucial weaknesses such as it shortage of salespeople, low profitability, limited ability to pay insurance claims, and lack of a system to develop insurance products, critics warn.