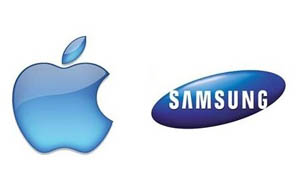 Apple Inc. and Samsung Electronics Co., which are suing each other over technology used in tablets and mobile phones, both lost rulings over patents in German lawsuits.

The Regional Court of Mannheim rejected Samsung’s bid to protect mathematical coding procedures as well as Apple’s case over features for unlocking touch screens. Neither company showed a patent was infringed, Presiding Judge Andreas Voss said when delivering the rulings.

Samsung lost because “the standard doesn’t protect the result but the way to reach the code,” Voss said. Apple didn’t prevail because Samsung’s devices “don’t use a displayed predetermined path on the touch screen.”