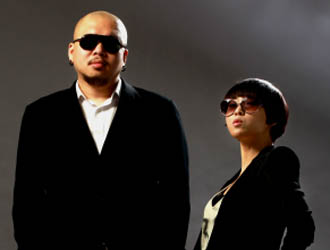 Composer Don Spike and singer Jang Yeon-joo have decided to go their separate ways after eight years together.

“It’s such a shame that the two have called it quits,” said one source close to the couple. “They’ve been through so much together, both in music and their personal lives.”

According to Ilgan Sports, the two broke up some time ago but didn’t make it public.

“As Jang recently released a new single, they didn’t think it was the right time to make an announcement that could overshadow her work,” said another source.

Jang’s new single, “First Meal,” released on Feb. 24, is a ballad that evokes the sentiments of a jilted lover. Written and composed by Jang, the song was arranged by Spike and seems to mirror the couple’s situation.

The two met in 2002 and began dating in 2004. They formed a group called Love Market and produced many hits. Spike, whose real name is Kim Min-soo, rose to fame last year for arranging songs for Kim Bum-soo on the reality show “Survival: I Am a Singer.” By Carla Sunwoo