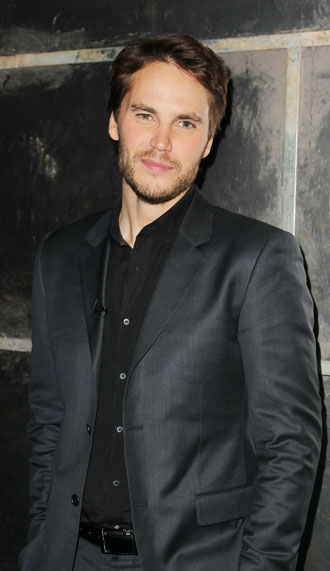 MANILA - A Philippine official denied claims by Hollywood star Taylor Kitsch that he got rough treatment from a customs official in the country, saying that the actor was apparently actually in Indonesia at the time.

Bureau of Customs Commissioner Ruffy Biazon said he investigated claims that an airport customs officer threatened to send the “Friday Night Lights” star back to Japan, his port of origin, because his passport had run out of pages.

On the “Late Show with David Letterman,” Canadian-born Kitsch, 30, also alleged that the unidentified officer demanded that he be given an iPhone.

“I feel confident that Mr. Kitsch was mistaken in saying that his bad experience during his travel was in the Philippines,” Biazon said in his report, published on the local television station ABS-CBN’s Web site.

Authorities had found no customs or immigration records of Kitsch’s visit, Biazon said.

Also, the Philippine government had not given any location shooting permits for the Oliver Stone-directed film “Savages,” contrary to the actor’s suggestion.

Biazon said he learned some scenes in the upcoming film, also starring John Travolta and Uma Thurman, were actually recently filmed in Indonesia, the Philippines’ neighbor to the south.

“Unfortunately, the damage was done .?.?. In the meantime, Mr. Kitsch, perhaps you can help us redeem our lost pride,” Biazon wrote.

The Philippines has been going to great lengths to promote its tourism, tarnished by kidnappings of Western tourists, corruption and the aging Manila airport, which was named by a travel Web site last year as the world’s worst gateway.

A clip of the Kitsch interview on CBS.com shows Letterman asking about the supposed Philippine film shoot.

Kitsch, who is best known for his portrayal of football star Tim Riggins on the NBCUniversal TV series “Friday Night Lights,” did not dispute the name of the country.

Kitsch said he was finally allowed in after proving he was an actor by showing the customs officer the trailer for his recently completed film “John Carter” on his iPhone. In the film, Kitsch plays a Civil War veteran transplanted to Mars. AFP