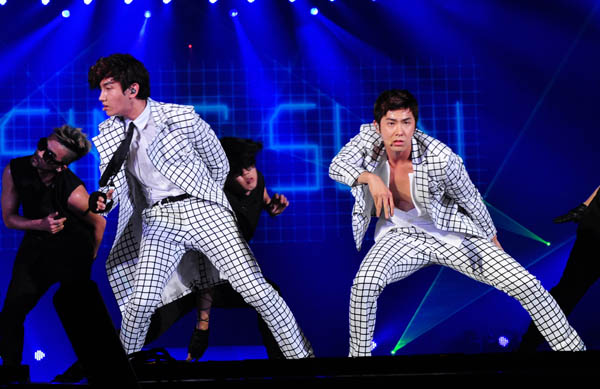 
At the Billboard Japan Music Awards 2011 on Saturday, K-pop groups T-ara and TVXQ were named the top pop artists of the year while singer Gummy was named best new K-pop artist.

At the Tokyo Midtown Hall, T-ara and TVXQ were given the top pop artist award, along with other artists such as AKB 48, JUJU and Avril Lavigne.

Both Korean groups had success in Japan in September - T-ara with its Japanese debut single “Bo Peep Bo Peep,” and TVXQ with its album “TONE.”

Meanwhile, T-ara’s single “Roly Poly” extended the group’s popularity while TVXQ is hoping to continue its success with the release of its new Japanese single “Still” on March 14.

The 31-year-old Gummy, who was named best new K-pop artist, made her Japan debut last November with her album “Loveless.”

The winners of the Billboard Japan Music Awards, established in 2009, are chosen based on votes from fans submitted by cell phone or the Internet.