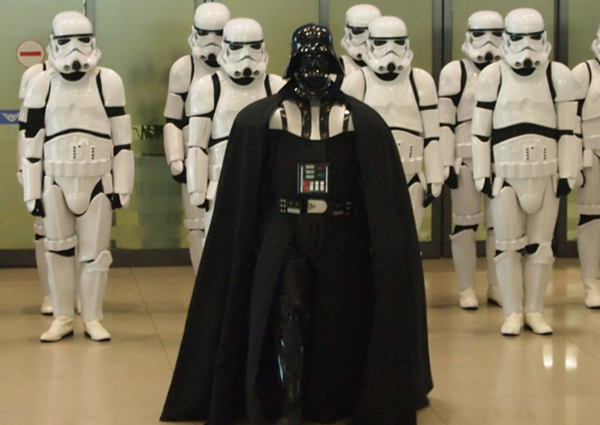 LOS ANGELES - Ralph McQuarrie, the cinematic designer known for the famous “Star Wars” characters such as Darth Vader, Chewbacca and R2-D2, has died at age 82, his website announced Sunday.

McQuarrie, who died Saturday, collaborated with George Lucas on the original “Star Wars” trilogy in the 1970s and with Steven Spielberg on films including “E.T,” and “Close Encounters of the Third Kind.”

He also was part of the team with director Ron Howard which made “Cocoon,” a 1985 production which won an Oscar for special effects.

“Ralph was a very special person for many more reasons than his undeniable brilliance with a brush,” said a statement posted on the website.

“His influence on design will be felt forever. There’s no doubt in our hearts that centuries from now amazing spaceships will soar, future cities will rise and someone, somewhere will say... ‘that looks like something Ralph McQuarrie painted.’” AFP