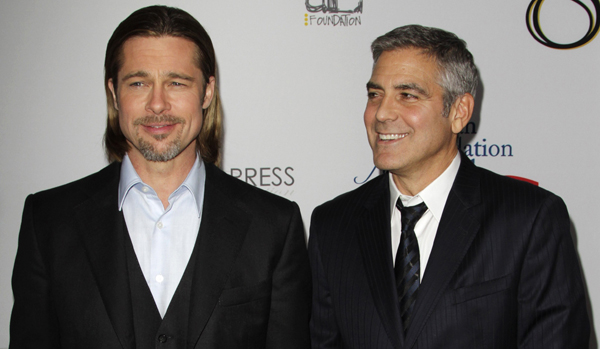 It was all part of the star-studded West Coast premiere of ``8,’’ a play about the 2010 federal court fight against Proposition 8, the gay-marriage ban that California voters approved in 2008.

The play by Oscar winner Dustin Lance Black made its Broadway debut last year in similar starry fashion. Saturday’s benefit performance was broadcast live on YouTube, where director Rob Reiner said it drew 200,000 viewers. He hopes it attracts more than a million before its weeklong online run ends. The play will also be staged around the country with local actors at colleges and community theaters.

“We want as many people as possible to see what happened inside that courtroom,’’ said Reiner, a founding member of the American Foundation for Equal Rights, which is helping fund the federal fight for marriage equality.

Relying largely on transcripts from court proceedings, “8’’ introduces viewers to the couples who challenged the California initiative, the attorneys who argued their case and a bumbling witness who spoke out against them.

One couple has two children together; the other wants to start a family; and a witness testifying in favor of the same-sex marriage ban said under oath that marriage equality was best for couples, kids and the country.

The real-life couples in the case _ Sandy Stier (Curtis) and Kris Perry (Lahti), and Jeff Zarillo (Matt Bomer) and Paul Katami (Morrison) _ and the attorneys _ David Boies (Clooney) and Theodore B. Olson (Sheen) _ were in the audience Saturday, along with director Brett Ratner, designer Diane Von Furstenberg and Clooney’s girlfriend, Stacy Keibler.