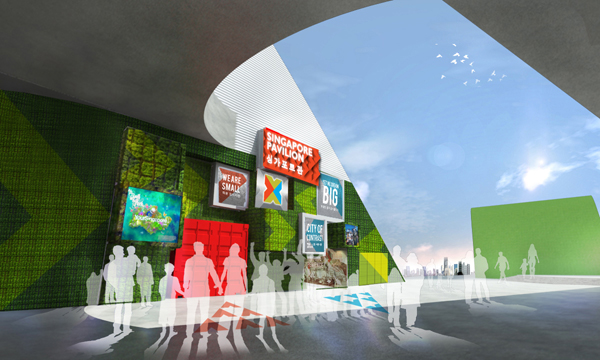 An image of how part of the Singapore Pavilion will look when displayed at the three-month Yeosu Expo which begins on May 12.

Singapore yesterday unveiled the theme and design concept under which it will be participating in the Yeosu Expo in less than three months.

As one of 106 countries that have confirmed they will attend the Korea-hosted expo, Singapore is expected to focus on telling the story of how it has overcome challenges and transformed into a green metropolis with an advanced living environment in less than five decades. 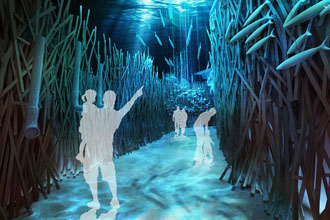 An image showing marine biodiversity at the island state’s Semakau Landfill. Provided by the organizer

Under the theme of “Paradox-ity: City of Contrast,” the Singapore pavilion will convey how it balances growth and development with environmental sustainability, including waste management, conservation of nature, urban planning and water management.

“We are thrilled to participate in Expo 2012 and we are robustly preparing for the opening on May 12,” said Eng Tiang Sing, the pavilion’s commissioner.

“Not only are we committed to delivering a good exhibition in Korea and sharing our development story with visitors, but we also hope to learn the best environmental practices of other countries.”

During the May 12 to Aug. 12 expo, visitors to the pavilion will pass through four main galleries that include audio visual displays, interactive exhibits, daily live performances and hands-on activities. Visitors will also be able to taste authentic Singaporean cuisine.

Meanwhile, the Southeast Asian country has launched an official Web site, as well as Twitter and Facebook pages. Until March 19 it is also running an online contest called “Your Impression of Singapore.”

Under this, Internet users visiting its Facebook page can win a variety of gifts by posting comments about the city state.