Window of opportunity for big firms

Window of opportunity for big firms 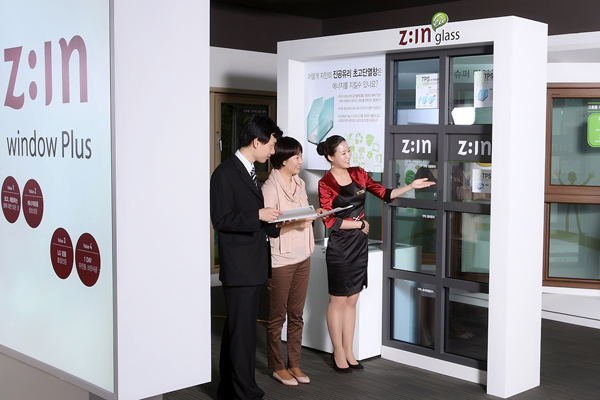 An official explains to customers about efficient windows at LG Hausys’ Z:IN Window Plus, a chain store in Seoul where consumers can view various types of finished windows and learn about how they function. Provided by the company


Korea is becoming increasingly energy-conscious and is expanding a related labeling program to put more categories of products under strict management, including windows, for the first time in the world.

The Ministry of Knowledge and Economy announced in 2011 that windows will be graded according to how efficiently they use energy from this year. 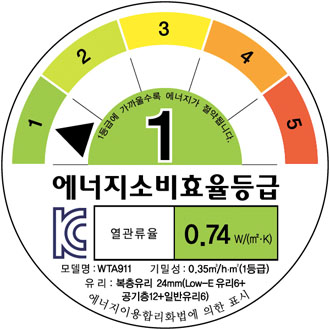 Initiated by the ministry and Korea Energy Management Corporation (Kemco) in 1992, the Energy Efficiency Label and Standard Program grades energy-guzzling products and mandates that they indicate the result on labels where consumers can see it.

Products that fail to make the fifth, or lowest, grade are prohibited from being manufactured or sold to consumers, while a first grade indicates the highest level of efficiency.

As of last November, 30 categories of household appliances, equipment and automobiles fell under the program, but the number will go up to 35 this year. TV sets, electric transformers, dehumidifiers, electric heat pump systems and window sets will start carrying the labels from July 1, with car tires to be added to the list in December.

Officials decided to apply the program to windows last year, as poorly insulated panes allow roughly 60 percent of a building’s heat to escape, according to the ministry. It said that windows account for roughly half the area of total wall space but are seven times less capable of insulating heat than bricks and mortar are.

Korea imports more than 98 percent of its energy, meaning that it can save about $5 billion a year by scaling back its energy usage by 10 percent, the ministry said.

It added that lowering building temperatures by just one degree Celsius can cut energy usage by 7 percent, explaining why the ministry decided to measure window energy efficiency rates.

“Applying the labeling program to windows will help the country save 16.8 billion won ($15 million) every year,” said a Kemco official.

As a result, manufacturers have been focusing on developing windows with better heat transmission rates of 1.0W/m2k since last year to have their products make the labeling system’s first grade. The rate refers to the amount of energy being transmitted when the temperature rises or falls by one degree Celsius for an hour per square meter.

The first-grade windows are estimated to consume 30 percent to 40 percent less energy than fifth-grade ones, according to the industry.

LG Hausys, the country’s No. 1 window manufacturer, has been taking the lead in developing first-grade windows. Last March, it launched the world’s first sliding window, called a sliding and parallel sealing window, which can be sealed as tightly as a hinged one.

“We believe that when the labeling system for windows starts, our product will definitely get the first grade,” a company official said.

KCC, the No. 2 player in the local market, has been busy creating various kinds of efficient window glass. It said its flagship Low-Emissivity glass will qualify for the first grade of the labeling program.

On the other hand, small window makers are becoming increasingly concerned as July 1 approaches because they may face significant costs if they wish to improve their technologies and avoid having their products banned. They must also pay hefty inspection fees.

“Big companies like LG Hausys and KCC won’t feel burdened by this, but we do,” said an official at a small window manufacturer. “Around 300 small window makers earn less than one billion won [each] a year, but the inspection fees amount to 400 million won. That’s really too much.”

Most companies will need to have at least 60 kinds of products graded, including various glass materials and sashes, incurring huge costs, according to industry officials.

Furthermore, they will be subject to a maximum fine of 20 million won if caught selling low-efficiency products that fall below the government’s grades.