Saenuri mixes up candidates with a few big surprises

Saenuri mixes up candidates with a few big surprises 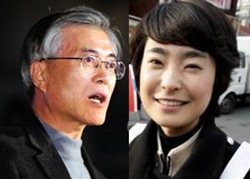 Yesterday’s nominations in key constituencies, including 21 places in Seoul, 23 in Gyeonggi and 15 in the party’s traditional strongholds in Busan, Daegu and Gyeongsang provinces, also showed that Lee Myung-bak loyalists were largely eliminated in next month’s races.

The party’s nomination review committee also said primary races will be held for 47 constituencies. Names of the candidates chosen to run for the primaries were also announced yesterday.

The elimination of 16 incumbent lawmakers resulted from the conservative ruling party’s move to refresh its image ahead of next month’s legislative elections. Of the 16 eliminated lawmakers, 11 failed to make the list of 81 candidates, while five failed to make the candidates for the primaries. 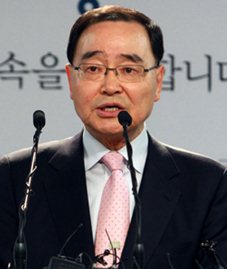 As of yesterday, the party has fielded 102 candidates to run in the 246 constituencies of the 300-seat National Assembly. Including the constituencies that will be decided by primaries, 97 more nominations are left to be made.

Of the party’s 144 incumbent elected lawmakers, 13 have declared to not seek reelection. With yesterday’s announcement, 29 lawmakers - more than 20 percent of the incumbent Saenuri representatives - were not tapped to represent the Saenuri Party in next month’s elections.

“This time, the priority was the candidate’s individual qualifications such as ethics and reform-mindedness,” said Jung Hong-won, head of the party’s nomination review committee. “The opinion poll outcomes, the ability to perform the job and career backgrounds were also taken into account.”

He said the primaries at the 47 districts will be completed by March 18. “If the candidates in a primary agree, an opinion poll can be used as a primary,” he said. “We will forfeit the candidacy if any illegal campaign activities are found during a primary.”

Yesterday’s nomination announcement showed that loyalists of President Lee were overwhelmingly eliminated while Park Geun-hye loyalists largely dodged bullets. Of the 16 lawmakers who failed to win nomination yesterday, 11 were Lee loyalists, while four were Park supporters.

The Blue House yesterday remained tightlipped about the massive purge of Lee loyalists. The president has made clear he won’t intervene in the party’s election strategy, and no official response was made yesterday.

Former Blue House aides largely failed to win nominations, while veteran politicians who were close to Park made comebacks. The nomination decision was an apparent signal that Park’s Saenuri Party has begun to take steps to sever its ties with President Lee ahead of next month’s legislative elections as well as the December presidential election.

The rise of Park loyalists and the fall of the pro-Lee faction may also force the conservative ruling party to revisit its nightmare of the 2008 legislative election, when Park supporters who failed to win nominations after a power struggle against Lee loyalists left the party to run independently. Park Se-il, a former ruling party lawmaker who recently created a centrist conservative party, yesterday openly invited the Lee loyalists who failed to win Saenuri nominations to join him.

Park Geun-hye, the interim head of Saenuri Party, yesterday tried to calm the rift by saying that the eliminated candidates are still important assets to the party, but the aftermath of what Lee loyalists called a “Bloody Monday” is expected to linger. As the party leadership vowed to change about 50 percent of the incumbent lawmakers, more sitting representatives are to lose their candidacies.

Hong Sa-duk, 69-year-old six-term lawmaker and a key Park loyalist, was named to run in Seoul’s Jongno District, a constituency regarded as a symbol of Korea’s modern politics. Hong will face Chung Sye-kyun of the Democratic United Party in Jongno in a match between senior politicians of the ruling and opposition parties.

The internal race to become Saenuri’s Jongno candidate was fierce, as Representative Cho Yoon-sun and former Blue House spokesman Lee Dong-kwan applied to run in the district. The committee, however, named Hong to represent the party in a match against the former Democratic Party chairman.

“We believed Hong was the most appropriate candidate to represent Jongno because of his reputation, experience and knowledge,” said Jung, the nomination committee head. “Other than that, there is no other special reason.”

While the old guard of the party was deployed to defend Jongno, the Saenuri Party also made a surprise move in Busan’s Sasang District to face the DUP’s rising political star Moon Jae-in, former Roh Moo-hyun Blue House chief of staff. Sohn Su-jo, a 27-year-old political rookie, will face Moon in the David versus Goliath election battle.