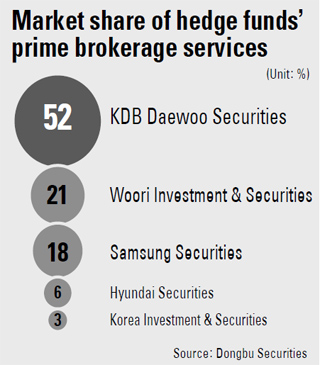 Although critics have pointed to certain sticking points, such as the disappointing performances of local hedge funds compared to the nation’s benchmark index, as well as a dearth of experts in commonly-used investment tactics, fund managers argue that it is still in its early days.

They say more time is needed to gauge the likely success of such funds, while experts liken the embryonic hedge fund market to the slow start that Korea’s domestic private equity fund market saw when it was established.

Since the so-called “Korean-style” hedge funds were adopted for the first time on Dec. 23, the number of local asset management companies has grown from nine to 12, while the number of hedge funds has jumped from 12 to 17, according to industry data. 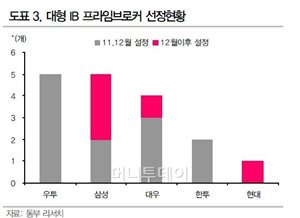 Investment in domestic hedge funds increased to a total of 500 billion won last month, up from initial investment of 150 billion won in December.

Although much of these early investments are made up of seed and anchor money from the fund management company’s financial affiliates, some companies have already proven adept at gathering wealthy individual investors.

Samsung Investment Trust Management has already flashed its strength in this arena by amassing 54 billion won in capital from such “high net worth” retail investors as of last month.

“Early on, Korean hedge fund management companies found it difficult to gather capital as institutional investors postponed their investments until the hedge funds had racked up proven track records,” said Won Hyung-woon, an analyst at Dongbu Securities. “The ability of prime brokerages to secure investors is becoming more important than other abilities, such as credit extensions.”

Won noted that Samsung Investment Trust Management’s prowess in locking in wealthy retail investors for its two hedge funds was due to its prime brokerage and affiliate Samsung Securities, which has a strong customer base among wealthy individuals.

Meanwhile, Korean hedge funds have been taking flak for what some call their “disappointing” performances.

As of Feb. 27, hedge funds’ return rates ranged from 4.19 percent profit at Samsung Investment Trust Management, to losses of around 3 percent by Hanwha Asset Management. However, most saw modest returns of around 1.5 percent - unimpressive given their professed targets of 10 percent annual returns.