Lady Gaga proves that, even in cyberspace, she is on top

Lady Gaga proves that, even in cyberspace, she is on top 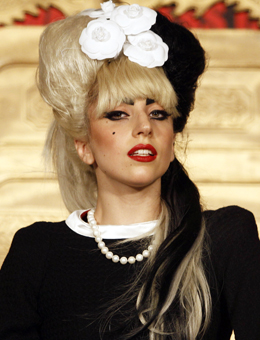 LOS ANGELES - Pop diva Lady Gaga has become the first person with more than 20 million followers on Twitter, cementing her place as the most-followed on the planet. A 20 millionth “little monster,” as Lady Gaga calls her fans, signed up to follow her Twitter feed over the weekend.

She had 20.12 million followers as of Monday for her @ladygaga account.

Teen pop idol Justin Bieber was next with 18.11 million followers of his @justinbieber feed.

Rounding out the top five were three other singers: Katy Perry with 15.75 million followers, Shakira with 14.56 million and Rihanna with 14.49 million.

U.S. President Barack Obama was in eighth place, with 12.84 million followers of his @barackobama account. AFP