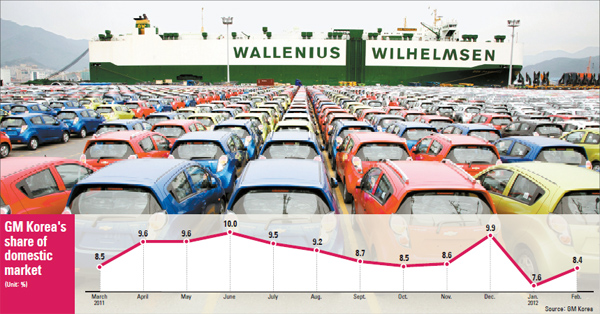 One year after Chevrolet rose from the ashes of Daewoo, the carmaker is selling more cars than its predecessor and gaining consumers’ trust with better-quality vehicles, but its share of the domestic market has failed to reach its double-digit target.

While the sales figures are considered satisfactory, however, challenges remain for owner GM Korea to try and poach a larger share of the domestic market from Hyundai Motor and Kia Motors, as well as compete with the growing popularity of imported cars among all consumer age groups.

“The enthusiastic response of our customers to the Chevrolet brand and the completion of our product lineup, which ranges from mini-cars to sports cars, as well as our industry-best customer care program, have been the driving forces behind Chevrolet’s strong growth in Korea,” said Ankush Arora, GM Korea’s vice president of marketing and sales. “We are strengthening our marketing programs in each segment and introducing innovative brand promotions to keep up our impressive growth.” 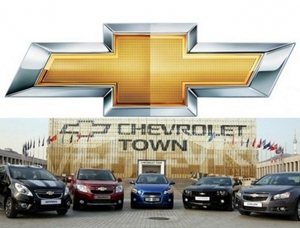 The Chevy Care program introduced by the automaker guarantees three years of maintenance, a five-year warranty and seven years of roadside assistance.

GM Korea, the local unit of the U.S.-based automaker General Motors, was created one year ago. To mark its launch, it bid farewell to its former Daewoo brand and officially launched Chevrolet in the Korean market, hoping to build a stronger presence by using the more internationally recognizable and reputable name.

Last March, GM Korea introduced the Orlando, Aveo hatchback and Camaro, followed by the Captiva in April, the Cruze5 in June, and the Malibu and Alpheon eAssist in November.

Based on its aggressive launching of new models, the automaker’s average share of the local auto market, including domestic and foreign brands, jumped from 8.2 percent to 9 percent in the space of a year.

The brand’s de facto rebirth also impacted the second-hand prices of GM Korea’s vehicles, with Chevrolets keeping their value at a much steadier rate.

“The value of used Chevrolet cars is similar to that of other cars in the same segment,” said Kim Ha-na, a marketing official from Carz Corporation, an online used car dealer. “Before, GM Korea’s vehicles tended to depreciate much faster.”

For example, a five-month-old 2.0-liter Malibu sells for around 24.7 million won ($22,000), or 98 percent of its original retail price. The Malibu was released last October.

But challenges remain for the carmaker. Last year, GM Korea targeted a stake of at least 10 percent of the domestic market, but it fell short for a number of reasons, including the overall industry slump led by the euro zone debt crisis.

Hyundai and Kia are also proving hard to dislodge, having secured a combined stake of 76.4 percent of the Korean market for domestically made cars last month.