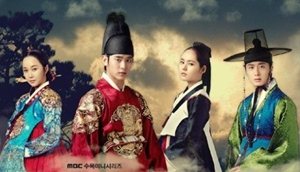 The second-largest union at KBS, the state-run national network, gathered in front of its main building in Yeouido, western Seoul, and declared a strike until the current president of the broadcasting company, Kim In-kyu, resigns.

The labor union of YTN, the 24-hour news cable channel, also declared yesterday it will go on strike from Thursday, demanding its president, Bae Seok-kyu, resign.

All three unions accuse their presidents of being political appointees who have put a pro-government bias in news coverage. MBC was the first to strike on Jan. 30, and its programming has been badly affected.

Popular programs, such as “We Got Married,” “Infinite Challenge,” “The Great Birth” and “Survival: I Am a Singer,” have not been aired for five weeks, and the network’s most popular drama, “The Moon Embracing the Sun,” is in danger of going off the air because Kim Do-hoon, the chief producer, joined the strike yesterday. It only has two episodes to go.

MBC’s union accused President Kim Jae-chul of being a puppet of the Lee Myung-bak administration, who forced workers to produce pro-government news content.

“MBC has failed to produce news that criticized the government’s major policies for the last two years,” Jeong Yeong-ha, head of the labor union, told the JoongAng Ilbo. The union also accuses Kim of charging 690 million won ($615,000) in personal expenses on his company credit card over the last two years.

KBS’s union blamed its president for suspending or cutting the wages of workers who participated in a 2010 strike.

“Since Kim In-kyu was appointed president of KBS two years ago, news content producers, including reporters and producers, were forced to produce distorted and pro-government content,” Kim Hyun-seok, head of the union, told the media. “This is such a huge stain on KBS’s great history.”

The union said Kim appointed one of his aides as newsroom chief and exercised his influence through him.

The networks’ managements are fighting back.

“The union members are denying the president’s authority that is guaranteed under the corporation’s regulations,” KBS said in a press release. “We will bring the people leading these illegal demonstrations to court to take responsibility.”

MBC suspended anchors Kim Jeong-geun and Choi Il-gu this week, and fired reporter Lee Yong-ma, who has led the strike.