With end of Saturday school, hagwon enrollment is way up

With end of Saturday school, hagwon enrollment is way up 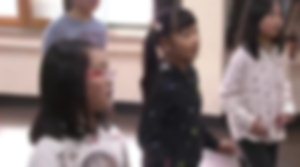 Students nationwide no longer have school on Saturdays starting this month, leading to anxiety from working parents.

Schools are now faced with the headache of creating alternative Saturday programs. Hagwon, or private academies, however, embrace the new five-day week policy, seeing a 30-percent increase in enrollment on Saturdays.

One hagwon in Donam-dong, Nowon District, pushed their 2 p.m. class to 10 a.m. on Saturdays, meeting popular demand from parents and bracing for the influx of students with nowhere to go on Saturday mornings.

A 43-year-old mother surnamed Kim who sends her two elementary-age children to the hagwon said, “If my kids go to hagwon in the mornings, we can go play somewhere in the afternoons, so there is not that much change in my schedule.”

But working parents who cannot afford extra lessons have to send their children to the school’s Saturday programs. From March, 11,451 elementary, middle and high schools are faced with the dilemma of providing alternative programs for students who have no other place to go on Saturdays.

Previously, students had school every other Saturday.

Because of lack of preparation, some schools simply screened movies on the first Saturday since the new semester started on March 2.

A dozen students that day were seated in a classroom in a middle school in Gangdong District, eastern Seoul, watching the movie “Wandeuki”(2011). The hit movie is a coming-of-age story about a teenage delinquent. Most of the students were distracted, dozing off on their desks or playing games on their smartphones.

A faculty member of the school said, “with the budget allocation from the education office and preparation for the new semester, the review to gauge the demand of Saturday programs has been delayed, so until mid-March we will run a preview program.”

Likewise, a high school in Gangnam District opened a soccer class for their Saturday sports program.

The lesson plan is comprised of handing the students a ball and telling them, “Do what you want.”

Some schools on Friday, the first day of the new school year, handed out newsletters to parents on their school’s Saturday programs

“It’s stranger if you send out the newsletter to parents on Friday and the Saturday program runs smoothly the very next day,” a principal of an elementary school in Seoul responded.

On Saturday, of 8 million students nationwide, around 610,000 students, or 8 percent, participated in their school’s Saturday programs.

Some students simply do not have a choice. A junior at a high school in Seoul stated, “[Our school] requested that students who did not submit papers proving registration for classes at hagwon had to come to school on Saturdays.”

The education ministry said, “After supplementing the insufficient areas, we will be able to run things properly from March 10.”

But plenty of families were able to enjoy their children’s Saturday off.

A 38-year-old mother of two elementary school children who is a company employee on weekdays expressed, “I am glad that there is more time to play with my children now.”

On that day, the Everland theme park in Gyeonggi reported a 30 percent increase in traffic with 25,000 visitors.

Park Byeong-yeong of the Korean Educational Development Institute said, “In the beginning, the day care classes and other school programs will need to be expanded, but only when the parents and the community participate together to improve leisure culture will the five-day school week policy be properly established.”