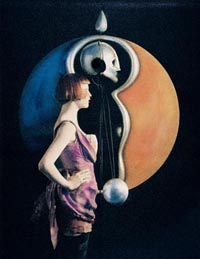 To March 18: Even those who don’t know much about high fashion are likely to know of Karl Lagerfeld, the world-renowned creative director of French fashion house Chanel. But few will know that the 78-year-old designer, who is also the force behind Fendi and his eponymous brand, is in fact a renaissance man. Not only has he taken photographs of his own fashion collections since 1987, he has also published books, created illustrations and recorded music.

Go to Gyeongbokgung Station, line No. 3, exit 3 and walk for five minutes.

To March 20: In this exhibition, fine art and furniture designs are displayed together to provide a larger aesthetic appeal than if they were to be exhibited independently.

British designer James Irvine’s bookshelf “Casino” (2008) is set against the wall with four pieces of chaekgado, a genre of Joseon Dynasty (1392-1910) still life paintings that depict books and luxurious stationery.

The artful nature of this coexistence is also true for “Negatif No. 11” (2010), a piece by French sculptor and light artist Francois Morellet, and “Divided Sideboard #2” (2007), a furniture piece by Swedish design team Front Design. 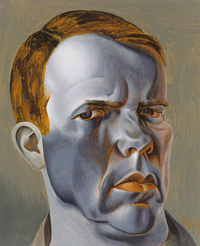 To April 12: This exhibition shows 70 paintings and one sculpture by modern artists in the Dutch Magic Realist movement and the contemporary artists who have inherited their art. The works on display also reflect the paintings of the Dutch Golden Age of the 17th century and earlier paintings that feature realistic depictions and mystic symbolism.

The exhibition is divided into three sections of portraits, still life paintings and landscapes.

The still life works in this exhibition employ realistic painting techniques as well as a meditative mood which may remind viewers of earlier Dutch masters known for their “breakfast pieces.” Many of the portraits in the exhibit have an Expressionist mood, but they too can be linked to the 17th-century Dutch portraits, which abstained from the rhetoric of more aristocratic portraits yet also exposed the sitter’s emotions.