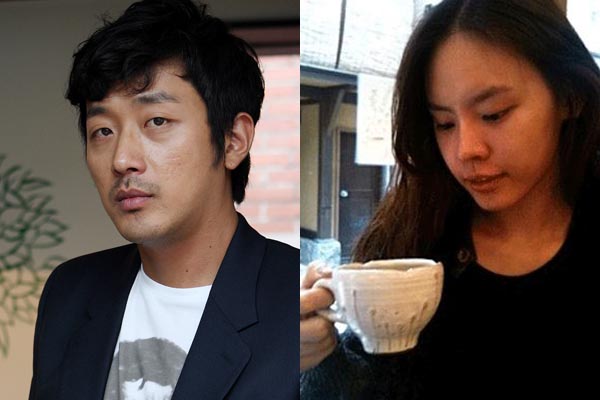 
An exaggerated report by SBS has forced actor Ha Jeong-woo and model Ku Eun-ae to come clean about their relationship, with Ha’s agency announcing that the two split back in January.

In promoting an episode of its entertainment news program “Night of TV Entertainment,” SBS said Tuesday that Ha would discuss his relationship and marriage in an episode that aired late yesterday, leading to speculation that Ku and Ha were planning to wed. But Ha’s agency moved quickly to deny the rumors on Tuesday and released details about the breakup.

“It’s been two months since the breakup, and we thought we had to come clean due to false rumors spreading about the couple,” said a representative from Fantagio Entertainment.

The agency added that Ha didn’t publicly discuss the split when it happened, since an episode of SBS’s “Mighty Heart,” in which Ku talked about the relationship, was scheduled to air. The two were still a couple when it was taped.