On world tour, Super Junior will leave its mark on French venue

On world tour, Super Junior will leave its mark on French venue 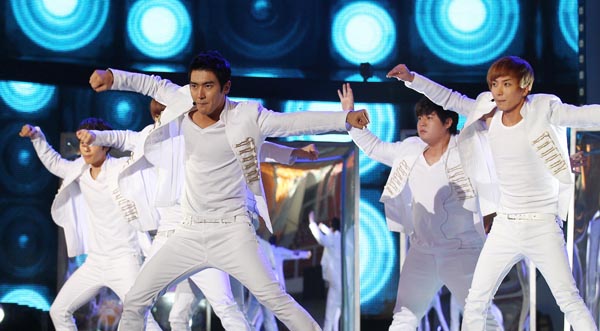 
Super Junior will become the first Korean group to perform a solo concert in France when it takes its “Super Show 4” to Le Zenith de Paris on April 6.

The concert venue chosen by the band has previously hosted acts such as the Pussycat Dolls and Ne-Yo. In June last year, SM Entertainment’s “SMTown World Live Tour” was staged there, which featured Super Junior along with TVXQ, SHINee, f(x) and Girls’ Generation.

The tickets for the upcoming show in Paris will go on sale from March 9.

“Super Show 4” kicked off late last year, and the band has already toured Taiwan and Singapore. In Taiwan, where tickets went on sale on Jan. 1, they sold out in 17 minutes. Due to high demand, an extra concert was added to the Taiwanese leg of the tour, which was originally meant to be three days long.

The next stop on the band’s itinerary will Macau, with shows scheduled for March 9 and 10. After the Paris performance, the band will appear at the Tokyo Dome from May 12 to 13.