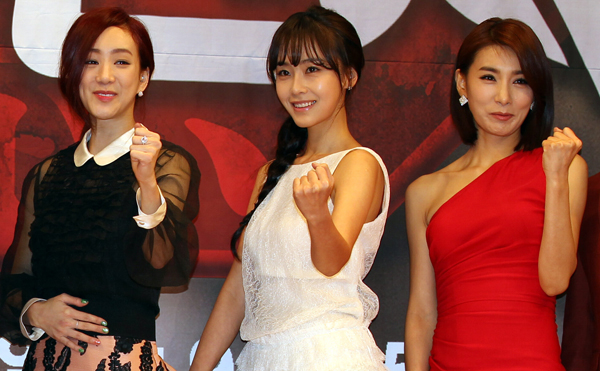 SBS drama “Salaryman Cho Hanji” has continued its upward trend in the ratings this week, becoming the most-watched show it its timeslot on March 6.

The show’s 20th episode garnered 21 percent of viewers nationwide, and 21.9 in metropolitan areas, according to research by AGB Nielsen Media. Its plot revolves around a pharmaceutical company and is also a parody of a Chinese classic called “Cho Hanji.”

The 20th episode was originally slated to be the last, but producers decided to extend the drama, which features Jung Ryeo-won and Lee Bum-soo, by two episodes since viewership figures picked up after the 16th episode.

“Salaryman Cho Hanji” is a collaboration between the writer and program director from 2010’s hit SBS drama “Giant,” which also featured Lee Bum-soo.