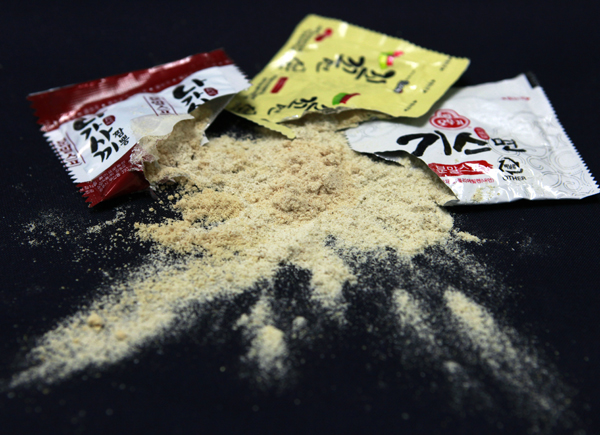 Paldo earned credit for changing the landscape of the Korean ramen market last August by rolling out Kkokkomyeon, or white soup-based chicken noodles, but now the “revolutionary” product is looking more like the flavor of the month, as sales have dipped. 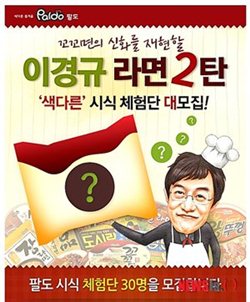 Skeptics initially doubted Korean consumers could be persuaded to ditch their favorite red spicy soup noodles for ones floating in white broth last year, until Kkokkomyeon began overtaking them in terms of demand.

This prompted other ramen makers, including Samyang and Ottogi, to follow suit by releasing their similarly flavored Nagasaki Champong and Kissmyun, respectively, as they assumed customers who wanted to try something different would also migrate over to their white soup varieties.

But as it turns out, sales of white soup ramen have plummeted in the last three months, causing some market watchers to see it as nothing more than a temporary fad. Others are taking a wait-and-see approach.

“We haven’t thought about taking Kkokkomyeon or Nagasaki Champong off the menu yet, but I have to admit that we’re getting fewer orders for them than last year,” said Lee Soon-ja, a 49-year-old worker at Gimbap Cheonguk (Gimbap Heaven) in Daechi-dong, southern Seoul.

In October, Lee put a message board on the front door of the store she works at that read “Kkokkomyeon and Nagasaki Champong available inside,” as the new products were proving popular enough to attract customers.

According to Homeplus, the Korean unit of British retail giant Tesco, while Paldo had 1.78 billion won ($1.6 million) in sales of Kkokkomyeon last December, the figure fell to 1.43 billion won in January, then plummeted 60 percent on-month to just 570 million won last month.

Samyang Food seems to have bucked the trend with its Nagasaki Champong noodles, which are seeing monthly sales grow close to 2 billion won. Homeplus said it sold 1.84 billion won of the Japanese-style seafood and vegetables noodles last month, up from 1.79 billion won in January and 1.74 billion won in December.

Nongshim, which makes the No.1 selling red pepper soup-based Shin Ramyun, is also seeing sales of its white soup ramen go from strength to strength, according to Homeplus.

The company’s HooRooRook Kalguksoo, or Korean-style knife-cut noodles, recorded 150 million won in sales when it hit the retailer’s shelves in January, and saw this number more than double to 390 million won last month. However, observers note that more time is needed to see if the product can sustain interest over a longer term.

Sales of white soup noodles were consistently bad at Lotte Mart, another discount chain store, which has seen demand for Kkokkomyeon, Kissmyun and Nagasaki Champong noodles take a turn for the worse in the last three months.

“I had to take Kissmyun off the shelf because it wasn’t selling well,” he said, “Meanwhile, demand for Nagasaki Champong cup noodles was only high when we ran a special promotion during the recent Korea Grand Sale that knocked 23 percent of its price.”

Paldo recently announced that it will release some new red soup noodles later this month called Namja Ramyeon (Man’s Ramen). Industry sources said the company likely chose to roll out the product instead of gambling on another white soup ramen because it has seen the limits of the market for the latter after witnessing the dwindling popularity of its Kkokkomyeon.

Paldo strenuously denied such an interpretation.

“Kkokkomyeon is not dead yet. In fact, it still ranks as our No. 1-selling ramen,” said Im Min-uk, a spokesperson for Paldo. “We believe Kkokkomyeon experienced such a drop in sales because customers chose competitors’ five-packet bundles over ours as they can get one extra packet free.”

Im said this theory was supported by the result of its recent promotion, when it also began giving one free packet of Kkokkomyeon with every five-packet bundle. After the promotion was launched, Kkokkomyeon sales at E-Mart, Homeplus and Lotte Mart rose by an average of 185.5 percent last weekend compared to the weekend earlier, he added.

“According to our statistics, we sold 14 million packets of Kkokkomyeon last month, down slightly from 15 million in January and 20 million in December,” Im said. “Our goal is to sell 15 million packets every month, while also challenging the traditional red soup market with Namja Ramyeon.”

With white soup varieties controlling 17.8 percent of the overall ramen market in January, according to market research firm LinkAztec, industry sources gave mixed responses on how they see the situation in Korea’s instant noodles market panning out.

“White soup ramen has received a significant amount of attention from the industry, but only time will tell if the market will split more evenly between red and white soup noodles,” said one industry source who asked not to be named.