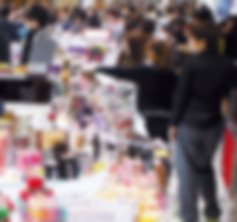 Agricultural pesticides and preservatives were detected in so-called “organic” cosmetic products including those from a famous French “organic” cosmetics brand, identified as “A,” that has drawn in numerous Korean consumers.

The Gyeonggi Institute of Health Environment said yesterday that its researchers conducted chemical experiments on 56 cosmetic products branded as organic and sold over the Internet and in stores from July to December last year, upon a drastic increase in consumption from Korean consumers.

“Organically or naturally made products must not contain any chemicals such as pesticides. If they do, they must not be called ‘organic,’” said an official from the Gyeonggi Institute of Health Environment. “As Korea does not have certification criteria for natural and organic cosmetics, consumers must not feel relieved by using any products that say they are naturally or organically made, and must carefully check all the ingredients before purchasing.”

The researchers found that agricultural pesticides and preservatives were in six so-called “organic” cosmetic products among the 56 tested.

Three products had agricultural pesticides that are commonly used in rice farming, while three others contained more than the standard amount of preservatives.

Moreover, 13 of the products are sold without stating that they contain preservatives.

A body oil product from the popular French cosmetics brand “A” that markets its products as organic contained 0.05 milligrams of malathion per kilogram, a pesticide widely used in agriculture.

Such results were reported to the KFDA last month.

However, the KFDA said it is difficult to take measures such as prohibiting the problematic products from being sold.