Theater to sing the praises of traditional music

Theater to sing the praises of traditional music 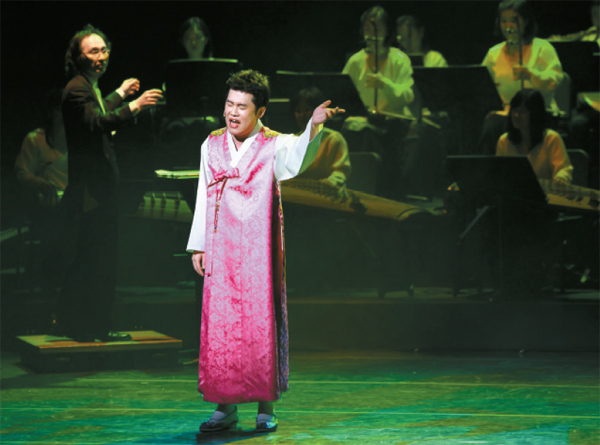 
Idol shows and their songs have dominated the music scene as of late, but there are those out there who are still trying to reinforce the values of traditional music.

The National Theater of Korea in Jung District, central Seoul, has numerous concerts regarding traditional music. 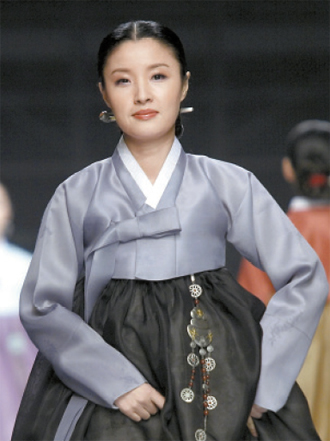 Oh Jung-hae, a traditional musician famous for her role in the movie “Seopyonje” (1993) is hosting the Midday concert until May.

Today they are more than ready to show a wider spectrum of performers participating in “Midday” concerts.

The scale of the concert has grown with new members joining the Midday concert.

The theater holds their first concert of the year with a new host, Oh Jung-hae.

Until last year, the artistic director of the National Orchestra of Korea, Hwang Byung-ki has been hosting the concert but the theater thought that it needed a change.

“The concert has gone through a major change by adding new groups,” said Lee.

“And in the process, we decided to have Oh as a host through the first half of the year.”

Moreover, she is currently a DJ at Gugak FM Broadcasting System that specializes in Korean traditional music and culture.

“Her ability to run her show at Gugak FM Broadcasting System proved that not only does she have knowledge about Korean traditional music but also the ability to run a program smoothly,” said Lee.

There were many reasons for the theater to choose Oh as their new host.

Throughout the show, Oh will explain briefly about each part of the concert.

In addition, Oh will show off her capability to sing folk songs and Korean classical music as well as her teacher, master pansori (narrative singing) singer Kim So-hee.

Along with Oh’s performance, two classical western masterpieces will be performed by the National Orchestra of Korea.

Shostakovich’s Waltz was featured in the Korean movies “Tell Me Something” (1999) and “Bungee Jumping of their Own” (2000) and Beethoven’s Piano Sonata No. 8 was used in the acclaimed Korean drama, “Beethoven Virus” (2008).

“Hoping to connect with the audience through two pieces of music that are familiar to them, we have named this part of the concert, ‘With One Voice,’” said Lee.

The theater won’t only be performing music created by other people outside the company - they also have their own music.

At the time, the problem of old bachelors in the countryside who were unable to marry Korean women was a rising issue and Nam recognized the problem as well.

“People can laugh along with the fun lyrics of the ‘Old Bachelor’ but at the heart of the song, there is a problem that still exists in our society,” said Lee.

Pansori makes the audience dance and laugh along with the dynamic rhythm and fun lyrics from the past.

It is a music that reflects social issues.

Through “Old Bachelor,” Nam and the theater hope that the audience does not forget the issue that has existed since 2004.

“From today and throughout this year, the National Theater of Korea will set a new parameter for what Korean traditional music can or should be,” said Lee.

The concert is performed at the National Theater of Korea, KB Haneul Youth Theater.