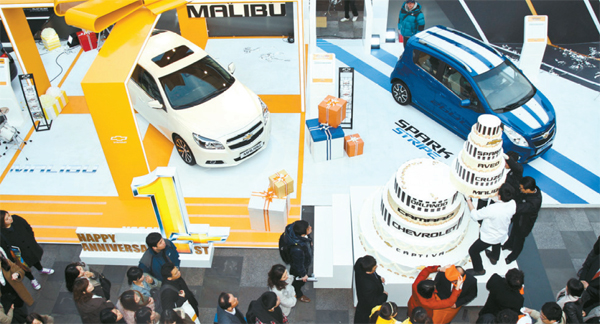 Visitors take a look around an exhibition booth dedicated to Chevrolet yesterday as the brand celebrated the one-year anniversary of its launch at COEX in Samseong-dong, southern Seoul. GM Korea, the local unit of U.S. automaker General Motors, is holding a Love More Festival at its Chevrolet outlets nationwide, and at the COEX Millennium hall until March 18. Popular vehicles are being displayed, including the Camaro, Malibu and Spark stripe. [NEWSIS]