‘Prince of Asia’ rents out cafe in Japan to promote album, image

‘Prince of Asia’ rents out cafe in Japan to promote album, image 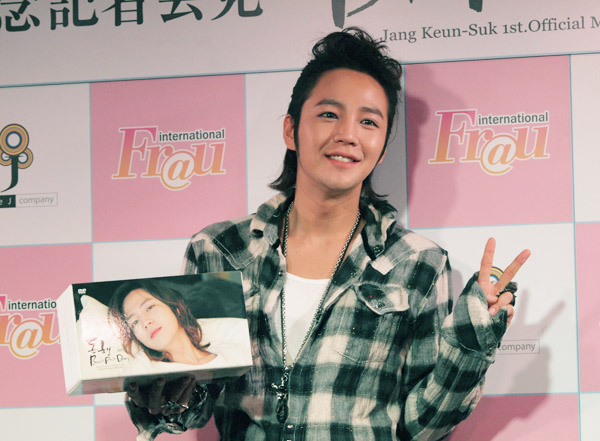 
Jang Keun-suk, who calls himself the “The Prince of Asia,” will be promoting the March 21 release of his EP, “Lounge H: The First Impression,” by renting out a cafe in Shibuya, Tokyo, where he will play his albums in the background and offer discounts on coffee.

The cafe, Manduka, will be transformed into a K-pop hub from March 19 to March 25. The promotional event is backed by both Jang and Japanese music retailer Tower Records, which hopes to generate press for the album and cash in on sales.

Fans who have purchased the EP will receive bank notes and discounts at the cafe. Jang’s music, speeches and music videos will be played on repeat, while napkins, cup holders and pictures will be given out to fans.

“Jang is all about making a big impact and turning the tables, so this unusual promotion encapsulates who he is quite perfectly,” said PR agency Tree J Company.

The new album is currently No. 1 on the preorder chart in Japan and has been heavily promoted via advertisements on television and public transportation.