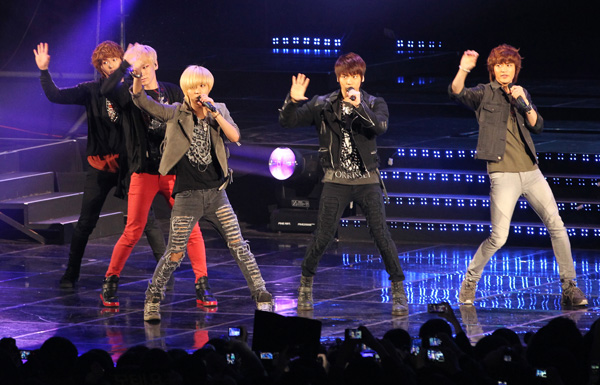 
SHINee announced yesterday it will release the track list of its new album, “Sherlock,” set to go on sale March 21.

“On March 19, we will reveal the album’s track list on major online worldwide music Web sites such as Melon and iTunes,” a representative from SM Entertainment said.

“Sherlock” is a seven-track album and is the band’s first since “Hello,” which was released more than 18 months ago.

“The new album will show the evolution of the band in terms of its music, performance techniques and style,” a representative from SM Entertainment said.

The boy band made its debut in 2008 with the song “Replay” and has since become a household name in Korea.