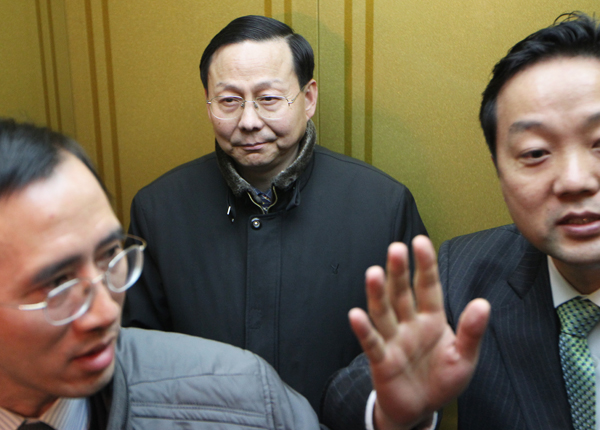 The Korean government yesterday stepped up its reaction against China’s claim over a reef southeast of the peninsula as President Lee Myung-bak stressed Korea’s control over the waters around it, while the Ministry of Foreign Affairs and Trade summoned Chinese envoys to express their strong dissatisfaction.

Earlier this month, a Chinese official made a claim to Ieodo, an underwater reef located southeast of Jeju Island, in a media interview, prompting a dispute between Seoul and Beijing. 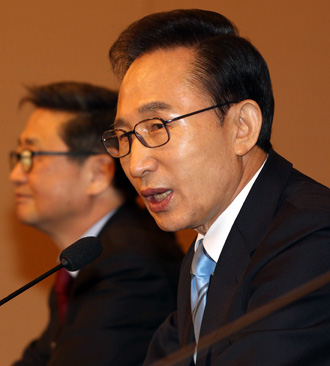 “How to manage the waters near Jeju is very much relevant to the Korean economy, so we have to react sensitively,” President Lee said yesterday. “But I want to assure that no matter what happens Ieodo is under Korea’s jurisdiction.”

At a forum hosted by the Korea News Editors’ Association, Lee stressed that Ieodo is much closer to Korea and he has no doubt that it will fall under Korea’s control. It is 149 kilometers (92.6 miles) from Korea’s Mara Island, although it lies in Korea and China’s overlapping exclusive economic zone (EEZ).

Stressing that the reef is closer to Korea, while it is about 245 kilometers away from China’s Tongdao, Lee said China will admit that the reef belongs to Korea once the two sides have talks to adjust their overlapping EEZs.

“We should have the talks as soon as possible because this is a sensitive matter,” Lee said. “Then, the Chinese government will see it as common sense to say Ieodo is under Korea’s jurisdiction.”

Lee also said the Jeju Strait is an economically significant area, as the sea route is used to transport 2.5 million barrels of the country’s energy supplies as well as most export and import cargos.

Lee also said it is important to understand that the Ieodo issue is not technically a territorial dispute because it is underwater. Under the United Nations Convention on the Law of the Sea, a submerged reef cannot be claimed as territory. In the face of China’s continued claims over the reef, Seoul has taken measures in the past to reinforce its jurisdictional oversight. In 2003, it built the Ieodo Ocean Research Station on the reef.

“The Korean government told Zhang that it won’t accept China’s attempt to exercise jurisdiction over Ieodo because it falls under Korea’s control even though the two countries have to resolve the EEZ overlap,” a ministry official said.

According to the official, Kim also asked Zhang to clarify an earlier media report on a Chinese maritime official’s claim over the reef. In his interview with China’s state-run Xinhua News Agency on March 3, Liu Xigui, director of China’s State Oceanic Administration, claimed that the reef is in waters that will be patrolled by the Chinese Navy and Air Force. Zhang replied that he would deliver Seoul’s concerns to Beijing, but added that the waters off Ieodo also belong to China’s EEZ, the official said.

China’s Foreign Ministry said yesterday the matter is not a territorial dispute, and the two sides need to resolve it through talks. Noting that the Chinese people call it Suyan Rock, Liu Weimin, spokesman of China’s Foreign Ministry, said it is located inside the overlapping EEZs of the two countries. “This is an issue that the two sides need to resolve through a negotiation,” he said.