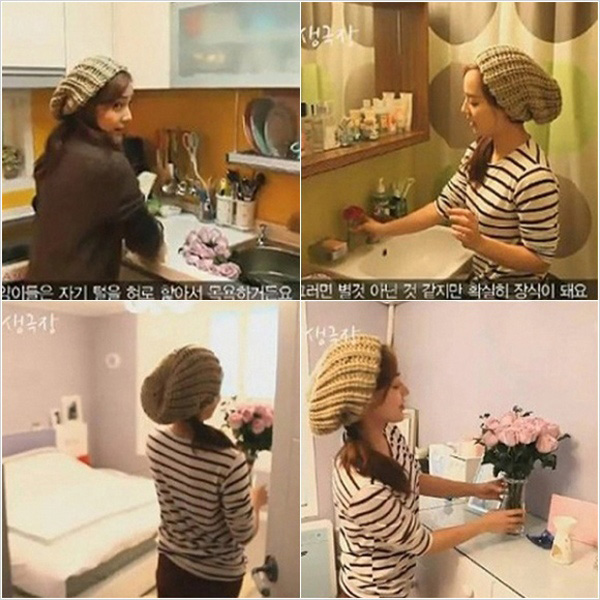 Actress Eugene revealed her new matrimonial home on an episode of KBS 2TV’s “Star Life Theater” on March 12. The house that the former girl band member shares with her husband, actor Gi Tae-young, was shown to be decked out in pastel colors.

In the TV episode, Eugene showed her flair for interior design by arranging flowers around her home. In addition, the star showed that she was a fit housewife by exhibiting her culinary skills.
This apparently impressed netizens, who praised her for being an “all-rounder.”

Starting in the 1990s Eugene was a member of girl group S.E.S. and since the trio’s disbandment has pursued her career as an actress.

The actor couple started dating after costarring in the 2009 Korean drama “Creating Destiny.” They tied the knot in July of last year.