So Ji-sub to star in new SBS drama

So Ji-sub to star in new SBS drama 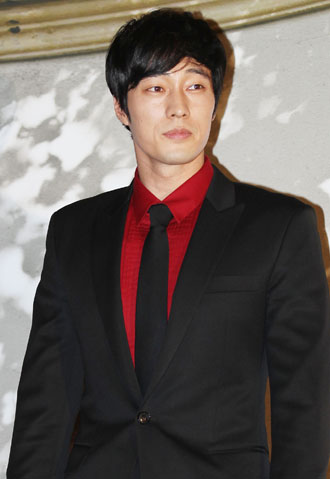 Hallyu actor So Ji-sub will star in the new SBS TV drama “Ghost” (tentative title).
The star’s agency announced yesterday that So will play the role of a perfect detective named Kim Woo-hyun. The SBS drama revolves around the challenges of cops who specialize in cybercrime and will begin airing in May.
March has been a busy month for So, who will launch his own magazine entitled SONICe today, and an EP entitled “Northern Crown” later in the month.
Yesterday, ahead of the album’s release, So released the first song from the album, “That Day, a Year Ago,” featuring singer Bobby Kim. The song is a hip-hop piece and shows So getting in touch with his urban side.
“Kim sang the lead vocal while So rapped,” an Oscar Entertainment representative said.
After recording the song together, Kim had good things to say about So.
“His rapping was unlike any other. Just as he is an exceptional actor, his sense for music is also top notch,” Kim said.