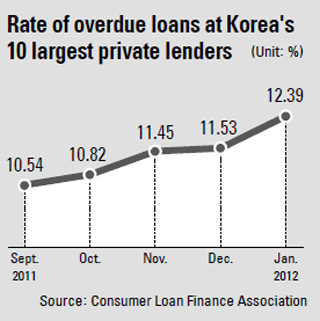 The amount of overdue loans at the 10 lenders, including market A&P Financial and Sanwa Money, reached 609.9 billion won as of January, up 52.1 percent from a year earlier, according to the data by industry sources and the Financial Supervisory Service.

The data also showed that the default rate of the private lenders jumped 3.45 percentage points on-year to 12.39 percent.

The data comes amid fears that heavy household debts are likely to cripple economic growth and domestic demand in Asia’s fourth-largest economy. 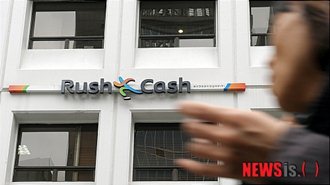 “A growing number of people are depending on nonfinancial firms and private lenders as their income decreases. It seems a suspension of large private lenders also prompted more borrowers to rush to smaller players,” said Park Deok-bae, a researcher at Hyundai Research Institute.