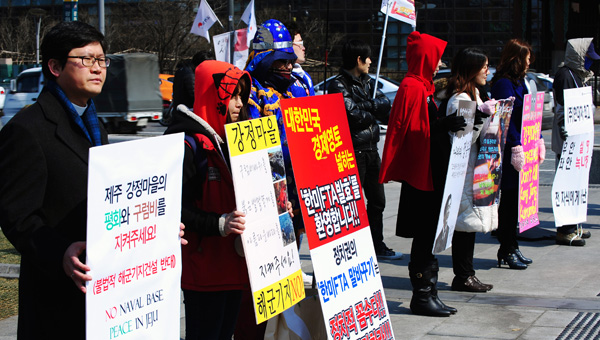 Citizens hold one-man protests rallies, each for different reasons, along Gwanghwamun Plaza, central Seoul yesterday. From the left, a man protests against the Jeju naval base construction, followed by a proponent of the Korea-U.S. FTA. Another protester requests the discharge of former lawmaker Chung Bong-ju, cohost of “Naneun Ggomsuda” (“I’m a Petty-Minded Creep”) who was convicted of spreading false rumors about President Lee Myung-bak. [NEWSIS]