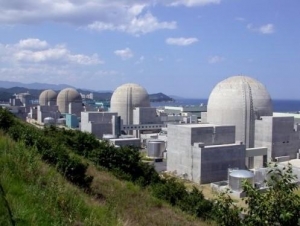 Korea’s oldest nuclear reactor in Gijang County, Busan, was found yesterday to have temporarily lost power more than a month ago, stirring criticism that the public operator tried to conceal what had happened.

The Gori-1 reactor, which is one of the five reactors running at the Gori Nuclear Power Plant, has been ordered to tentatively suspend operations for inspection.

According to the Nuclear Safety and Security Commission yesterday, the Gori-1 reactor experienced a complete power failure for 12 minutes from 8:34 p.m. on Feb. 9. The blackout happened when the reactor was under a month-long safety inspection from Feb. 4 to March 4.

It is the first time that a Korean reactor has had a power failure since the oldest Gori-1 reactor started providing power in 1978. The reactor can supply 595,000 kilowatts of electricity, which is enough electricity for around 200,000 households. Korea currently operates 21 reactors, with seven others under construction.

“On the day of the incident, we were testing the quality of the reactor’s protective relays [which monitors and calculates energy operating conditions like voltage frequency], and suddenly, the power went off but the emergency generator did not operate automatically,” said an official from Korea Hydro & Nuclear Power, a subsidiary of the Korea Electric Power Corporation and also the operator of nuclear plants.

“The reactor resumed its operations a little more than 10 minutes after we found out that the system that supplies electricity in case of an emergency had not worked properly.”

According to industry analysts, all reactors - unless they are empty without fuel - are designed to keep running no matter what. If not, the facilities that take care of the spent fuel and store cooling water would not function properly, which could lead to a power plant meltdown.

If the reactor does not have the capacity to run on its own, it should still be operated by using an emergency power generator or outside electricity. A power failure could lead to a massive nuclear accident as witnessed with the Fukushima plant in Japan.

“It was fortunate that power started running again at the Gori-1 plant, but if that wasn’t the case, the incident could have become more serious,” said Park Hyun-shik, an official from the Korea Institute of Nuclear Safety.

“What should be considered as an even bigger problem is that the operator tried to hide what had happened.”

The state inspection commission said that Korea Hydro & Nuclear Power concealed the incident for more than a month until it submitted its regular report to the commission two days ago, which is against related laws.

Immediately after the commission was notified of the accident at 9 p.m. on Monday, it ordered the operator to temporarily halt operations of the Gori-1 reactor and dispatched an inspection team to more thoroughly check the safety of the reactor and also question officials involved about why they did not report the incident earlier.

Yesterday’s announcement comes at a time when concerns have been growing over the operational ability of the country’s oldest reactor among Busan residents and environmentalists.

Though the Gori-1 reactor is more than 30 years old, the government has extended the life of the reactor to save money.