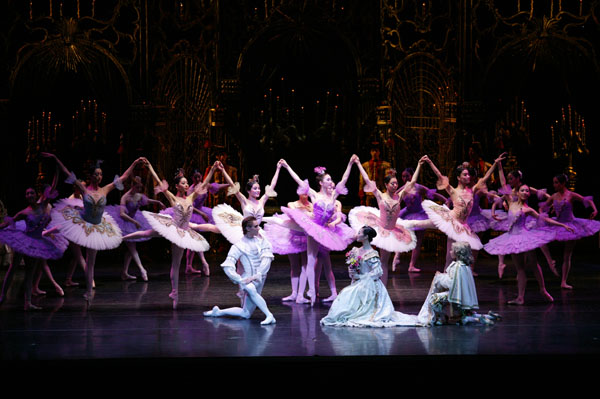 THE GREAT 3B SERIES: BACH

March 22: The Seoul Arts Center will end its three-year series on three major classical composers with an exploration of the music of Bach. Previous years featured Beethoven (in 2010) and Brahms (in 2011).

The Korean Chamber Orchestra, founded in 1965 and the country’s first chamber group, will perform Nos. 1, 4 and 6 of the Brandenburg Concertos and Nos. 2 and 3 of the Orchestral Suites. Kim Min conducts a group of esteemed guest artists including French flutist Philippe Bernold, German trumpeter Ales Klancar, violinists Lee Kyung-sun and Kim Nam-yoon, and pianist Park Jong-wha.

Kim, the 2006 Unesco Person of the Year, will play all of Beethoven’s 32 piano sonatas over the next two years, a feat that has been previously been performed by Alfred Brendel and Wilhelm Kempff.

This year, Kim will perform sonatas No. 1 through No. 16.

April 5 to 8: The Universal Ballet Company will perform its version of “The Sleeping Beauty,” a timeless classic that is one of the most famous in the ballet canon.

Based on Charles Perrault’s tale “The Beauty Sleeping in the Wood,” the ballet was choreographed by Marius Petipa, composed by Tchaikovsky and premiered in 1890 at the Mariinsky Theater in St. Petersburg, Russia.

To April 22: Author Lee Chung-jun’s book “Seopyonje,” which tells the story of a girl who has devoted her life to pansori, or narrative singing, has been adapted into a musical with a star-studded cast.

Composer Yoon Il-sang, well known for composing some of the greatest K-pop hits of the 1990s, including songs for Turbo, DJ Doc, Cool, Kim Bum-soo and Kim Gun-mo, contributed his talents to “Seopyonje.”

Lee Young-mi, who has starred in numerous musicals including “Jekyll and Hyde” and “Hedwig,” will perform as the main character, Song Wha.

Performances start at 8 p.m. on Tuesdays through Fridays; at 3 and 7 p.m. on Saturdays; and at 2 and 6 p.m. on Sundays. There are no performances on Mondays.

May 15 to 26: Based on the life of notable singer Bae Ho during the 1960s and 1970s, the “Riverside Cabaret” hopes to bridge the gap between the younger and older generations by connecting audiences through music.

Bae released some 300 songs - including “Foggy Jangchung Stadium” and “I Come Back to Samgakji” - when the Korean pop-music scene was a mix of Japanese and Western influences.

Although Bae passed away at 29 years of age, Koreans still remember him to this day as the a symbol of the ’60s and ’70s.

To June 3: This musical, based on Boris Pasternak’s 20th-century novel of the same title, is being performed in Korea for the first time. Hong Kwang-ho, known for his performance in “Jekyll and Hyde” (2011), will play the lead role.

To June 27: “Jami” means “good food with a lot of nutrition” as well as “fun” in Jeju dialect. Admission to the show also includes a menu of Korean dishes and traditional tea.