One in 10 students suffers from school violence

One in 10 students suffers from school violence 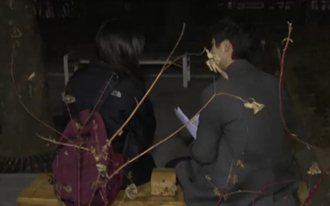 More than one in 10 Korean primary and secondary school students suffered from violence by their peers in the past year, a survey showed yesterday.

The Ministry of Education, Science and Technology announced the interim results of its first nationwide survey involving the country’s 5.58 million elementary, middle and high school students, with those in their first to third year of elementary school being excluded.

Some 25 percent of them replied to the mail survey which was conducted for about one month until mid-February aiming to grasp an exact picture of the unrelenting school violence and to devise measures in the wake of a series of suicides committed by young victims. Some 170,000 respondents, or 12.3 percent, said they experienced violence by their peers during the past year ending in January, according to the survey.

Among the student victims, 51.2 percent said they had suffered from verbal threats and abusive words, followed by being ostracized with 13.3 percent, financial extortion with 12.8 percent, physical assaults with 10.4 percent and being forced to run errands or do chores for their peers with 7.1 percent, the survey showed.

As for school gangs, who are blamed as the main culprits of bullying at school, 23.6 percent of respondents said they either know or think about their existence, according to the survey. By grade, 23.7 percent of elementary school students, 33.3 percent of middle school students, and 11.6 percent of high schoolers recognized the existence of gangs at their schools, it showed.

The Education Ministry said it has spotted 3,138 violent incidents among students as of last week and has been dealing with them in a prompt manner in close cooperation with police.

“We have also strengthened patrolling in vulnerable areas and designated additional places required to install surveillance cameras to better respond to school violence,” a ministry official said. “As such a survey involving all the country’s students will be conducted twice a year, we will encourage more students to participate in the survey next time,” he added.