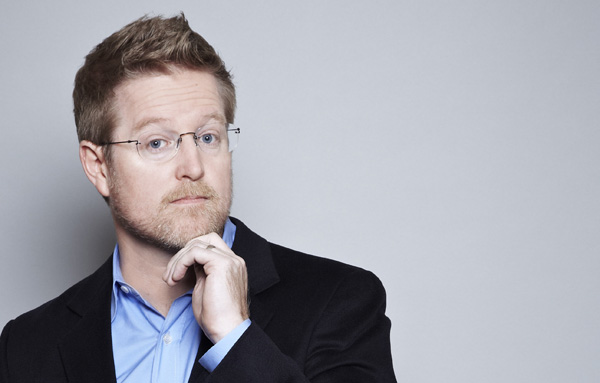 
At the end of the new sci-fi action film “John Carter,” the line “Dedicated to the memory of Steve Jobs, an inspiration to us all,” appears on the screen.

The film’s director, Andrew Stanton, and his connection to Jobs goes back to 1990, when Stanton joined Pixar Animation - of which Jobs is co-founder - as an animator.

“John Carter” is the first non-animated film by Stanton, who also wrote and directed “Finding Nemo.” The story centers on the adventures of John Carter, the protagonist of Edgar Rice Burroughs’ Barsoom series of novels that were published from 1912 to 1943.

The film, which cost around $250 million, is based on the first of the 11-book series, “A Princess of Mars.”

The JoongAng Ilbo spoke to Stanton about the film in an exclusive e-mail interview. 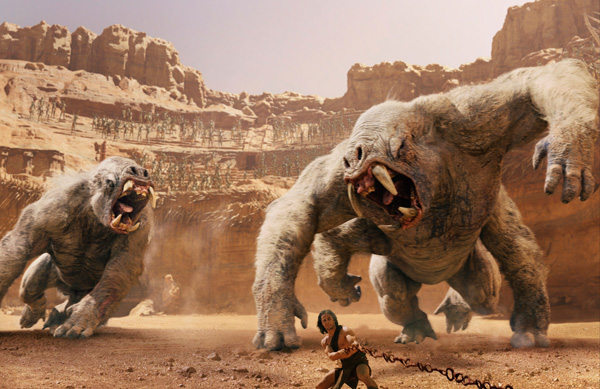 Q. Did you have any concerns about directing a movie based on a story that is 100 years old?

A. Not really. I knew that if I could fall in love with a 64-year-old book when I was 11 [years old] first reading it, then the same qualities about it would be attractive today.

Are there any species on Earth that you referred to, to help create the various Barsoomian creatures?

We thought of cows and horses when we designed the Thoats. For the Tharks (green men) we looked at human tribes of Earth who have mastered living in the desert (e.g., Masai warriors, Bedouin, Aborigines, etc.). We even looked at sea life because Mars once had oceans covering the surface.

Willem Dafoe stars in “John Carter,” but he never appears on screen. Was he disappointed by this?

No. Willem knew he was playing an alien character and that it would replace him on the screen, but I would argue that you ARE seeing him. His eyes, his voice and his movements are what the animator worked with to realize Tars Tarkas. Same with Samantha Morton, Thomas Hayden Church and Polly Walker.

There are many alien species in Barsoom and in Korea they seem to appeal to young people who play the game “Starcraft.” Were you aware of this? Have you ever played the game?

I didn’t know this. That’s wonderful news. Starcraft was my son’s favorite video game when he was growing up. I’ve never played it myself much (because my son always beats me).

I’m certain everyone will love the character Woola. Can you tell us about your inspiration and the process of creating a lovable dog-like space pet?

Woola was always the faithful pet to Carter in the books. So it wasn’t hard to consider him as dog-like. In the books he’s described more like a lizard, but I thought that would be too unlikable, so we made him more like a giant desert toad. Still ugly, but friendlier.

Why did you choose Utah for the filming location?

Now that we have Mars Rovers taking pictures of the surface of the actual Mars we now know that it looks very similar to the desert geography of the American Southwest. And Utah has so many different-looking areas. You can drive two to three hours in any direction and find a completely new, exotic look. It’s like having a state-sized movie lot.

Who is your favorite Barsoomian character and why?

When I read the books, I thought Tars Tarkas was the coolest best friend you could ever have, but I was also in love with Dejah Thoris. Now that we’ve had a chance to write the screenplay, I’ve become very fond of Carter himself.

As one of the first members of Pixar, what do you think Pixar’s greatest accomplishments are and what will be Pixar’s next steps?

Pixar’s greatest accomplishments have always been telling great stories that make you want to keep going to the movies, and hopefully that will always be what we do. That is a worthy lifelong goal that should never change course.

What do you want the audience to remember when they walk out of the theater after watching “John Carter”?

I don’t put messages in movies. I just try to create compelling characters who live their lives and are put into situations that force them to make interesting choices that test our values.