New fund for overseas projects being drawn up

New fund for overseas projects being drawn up 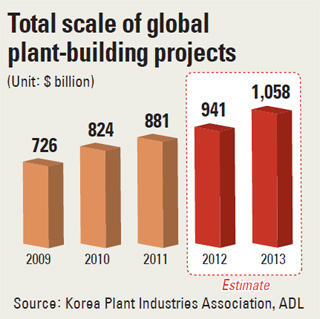 As part of the current administration’s sweeping bid to tap into the pool of oil money in the Middle East, authorities plan to draw investments from Middle Eastern sovereign wealth funds. They are also targeting Korean pension management funds to build up a substantial cache independent of major foreign investment banks.

In this week’s emergency economic policy meeting held yesterday in the government complex in Gwacheon, Gyeonggi, the Ministry of Strategy and Finance announced a comprehensive plan to expand Korea’s business footprint in the Middle East.

“The three-track plan [.?.?.] entails expanding our utilization of Middle Eastern funding including the region’s sovereign funds, reinvigorating the participation of private financial companies plus strengthening the ability of state-controlled financial institutions to support [Korean] companies’ entry into the region,” explained a finance ministry official.

The plan came to fruition after repeated criticism that Korea’s financial institutions have neither the networks nor the experience to finance the deals that its construction firms compete for.

According to the plan, the so-called “plant fund” will be established under the Ministry of Knowledge Economy. The government will also set up a task force to test-drive a joint investment in Korean firms’ overseas projects with Qatar’s sovereign wealth fund by April.

The effort, concerted across eight government agencies and state-controlled banks, will also entail sharing existing Middle Eastern networks held by banks like Korea Eximbank and Korea Development Bank. Furthermore, it will look into creating ways for risk-averse commercial banks to participate in financing Middle Eastern projects for the short term.

In addition, the government plans to increase the size of nontaxable income for overseas construction workers from 2 million won ($1,770) per month to 3 million won to relieve the shortage of Korean workers willing to work on foreign construction projects.

Korea has much work to do in order to better finance bids for the lucrative overseas industrial plant market.

Korea Eximbank, which is relatively experienced in financing projects in the Middle East compared to other Korean financial institutions, has served as a financial advisor to a total of eight deals reaching $8.5 billion since it opened its advisory department last July.

In contrast, HSBC, which ranked No. 1 in terms of the net worth of deals financed last year, served as financial advisor to 16 deals totaling $17.1 billion in 2011.