KARA to take its act to a whole new dimension: 2-D

KARA to take its act to a whole new dimension: 2-D 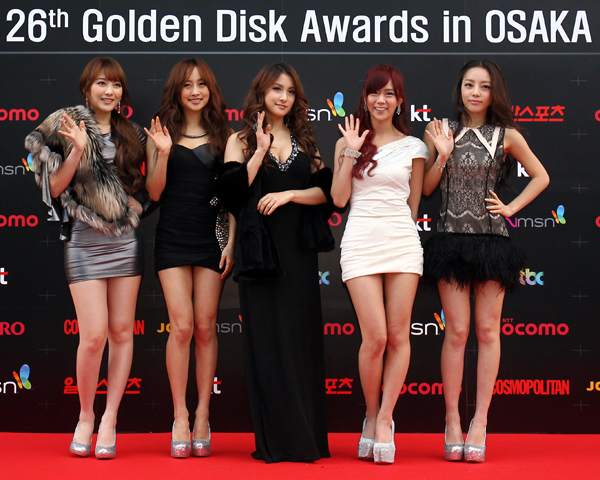 
Girl group KARA will soon be entertaining fans in a whole new dimension. SBS Viacom told local media on Wednesday that animated versions of KARA members are in the works and are set to hit the airwaves in October.

All five members will be turned into cartoon characters for the five-part TV series, which will be sold in Japan and other Asian nations. The network is expecting to cash in on the K-pop heavyweights.

“I can’t tell you anything too specific yet, but we are currently in preproduction,” an SBS representative said.

The girl band is currently in Japan promoting its sixth single, “Sped Up/ Girls Power.”

KARA is one of the most popular K-pop groups in Japan and recently made headlines when its DVD, released on Feb. 29, topped the Oricon DVD chart on March 5.

The DVD, titled “KARA Best Clips II & Shows,” topped both the general DVD chart as well as the Blu-ray DVD chart on Monday. By Carla Sunwoo