Many traps in Europe for investors

Many traps in Europe for investors 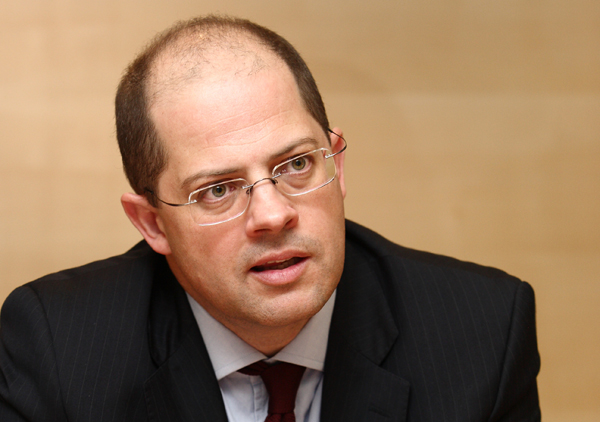 In an interview with the Korea JoongAng Daily at Fidelity Asset Management Korea’s headquarters in central Seoul yesterday, Corte-Real said that it would be safer and more profitable over the long term to invest in European blue-chip shares.

He conceded that some shares have surged during the Continent’s fiscal crisis, but described this as a “dash of trash.”

“You have to be very careful with a rally of low-quality stocks,” he said. “You may gain 10 percent to 20 percent, but this is just a typical gain in the market.”

Corte-Real was responding to a recent trend among wealthy Korean investors, who have been trying to purchase shares in troubled Greek banks such as Alpha Bank and the National Bank of Greece to profit from their recovery.

Korea also suffered during the Asian financial crisis in 1997, and local investors took note as they watched the shares that plunged around that time soar when the economy recovered. Now they are hoping for a repeat in the euro zone, especially hard-hit southern Europe.

But Corte-Real said it is better to invest in companies with strong fundamentals rather than seek quick gains.

“At the end of the day, investors should invest in firms that have strong cash flows and little leverage of debt,” he said. “You will make more money, rather than just a quick profit. Stay disciplined, because you don’t know what is going on in Greece.”

Corte-Real came to Korea a couple of days ago to meet investors and talk to them about investment opportunities in Europe, especially regarding blue-chip shares.

He said Korean investors should look at individual companies as being separate from the broader situation in Europe.

“I am not investing in the real economy, but in real companies with good fundamentals,” he said. “Inditex is a good example. Spain has many problems, but the stock is fantastic,” he added, referring to one of the most successful fast fashion retailing companies in Spain.

“I don’t have to invest in a country. Investors say [you shouldn’t] be obsessed with the microeconomic situation,” he said.

Corte-Real said his outlook on the European economy has changed. “I am more positive than I was six months ago,” he said.

He said that since last November, various factors have contributed to the recent rebound in world stock markets.

“Finally, we started to see some leadership in Europe and strong economic data in the United States. There are changes in the governments in Greece, Italy and Portugal,” he said.

The European Central Bank, International Monetary Fund and European Commission - also known as the Troika - are committed to helping Greece and other southern European nations. And the governments of these struggling nations have implemented policies recommended by the Troika, another positive factor, he added.