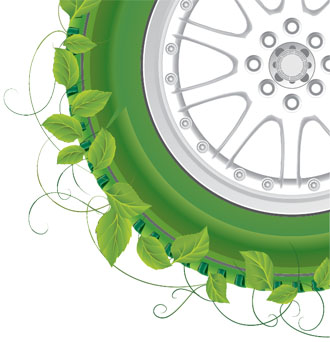 The start of 2012 has seen a rush of new car launches, with some of the releases apparently brought forward so the cars can avoid being subjected to a stricter fuel-efficiency testing system that downgrades their rating by an average of 20 percent.

Although the new measure officially took effect in January, the government has set a grace period for vehicles tested under the previous system until the end of March to help automakers and importers adjust.

This may help explain the outpouring of new models or upgrades that hit the domestic market in January.

Renault Samsung Motors released its SM5 Eco Impression, BMW added its flashy Mini Cooper D to the market and Toyota introduced the new Camry. In the same month, Hyundai Motor unveiled a gasoline version of its i40 midsize station wagon, while Mercedes-Benz came up with new SLK 200 BlueEfficiency.

From April, however, all new vehicles will need to show consumers how they have fared according to the government’s new rating system, which puts them through a five-stage test that is much closer to the way cars are evaluated in the United States.

New vehicles with fewer than 3,000 kilometers (1,864 miles) on the clock are now tested not only in the city but also on the expressway, while the rate at which they guzzle gas is further measured during sudden acceleration, when the car’s air conditioning is switched on and in cold weather.

In contrast, the previous system, called CVS-75, merely tested them on a rolling machine inside a lab. As it was created in Los Angeles in 1975, critics have blasted it for being antiquated and in need of repair.

However, the change spells bad news for automakers in the sense that it has resulted in significantly lower fuel-efficiency ratings. According to the Ministry of Knowledge Economy, they decrease by more than 20 percent on average.

It said that vehicles which claimed to yield 17.8 kilometers per liter (41.9 miles per gallon) under the previous system were found to deliver just 12.65 kilometers within city limits and 15.31 kilometers on the expressway.

“Cars are now tested in various situations, such as when they encounter lots of traffic signals or when they get stuck on congested roads, so the overall fuel efficiency tends to be lower than before,” said Kwon Ki-man, a deputy director at the ministry. “The new measurement system will result in more accurate ratings of vehicles.”

In another change, cars must deliver 16 kilometers per liter in order to receive the top, or first, grade, compared to 15 kilometers per liter previously. The government said it expects just 7.1 percent of all tested vehicles to pass this level, down from 30 percent at the end of last year.

According to a recent survey of drivers by the state-run Korea Energy Management Corporation, 69.4 percent of respondents said their cars consumed more fuel than was indicated by the official fuel efficiency figures given by automakers.

And recently, netizens have blasted automakers and importers in online postings for continuing to mislead them by exploiting the grace period to push out their new models under the previous testing guidelines.

For example, when Renault Samsung launched its SM5, it claimed that the midsize sedan’s fuel efficiency had been improved 13 percent due to a transmission upgrade, taking it from 12.5 kilometers per liter to 14.1 kilometers per liter. However, this would hardly be the case if it was subjected to the new tests.

According to Korea Energy Management Corporation, 36 vehicles were tested for fuel efficiency last December, considerably higher than the monthly average from January to November, as carmakers rushed to beat the deadline at the end of the year. A total of 317 vehicles were tested last year overall.

Among imported cars, Toyota’s new Camry midsize sedan, the Mini Cooper D SUV, and the Ford Explorer 2.0 EcoBoost were all measured under the old system in December. Among domestic models, Hyundai’s i40 Saloon midsize sedan and Sonata 2.0 ISG, as well as Kia’s K5 and Ssangyong’s Korando Sports, also scraped through and avoided the tougher assessment.

Meanwhile, vehicles equipped with identical engines to those used in previous models have been granted a one-year grace period to get up to scratch. BMW’s new 3 Series sedan and Hyundai’s Avante coupe both belong to this category.

However, the Volkswagen Scirocco coupe and Chrysler 300C luxury sedan both opted to be measured under the new system. According to Hyundai, it used the previous system for the local market but has adopted the new method for models exported to the United States.

“The previous Korean standard was looser than the U.S. regulations, but still tougher than in Japan,” a Hyundai spokesman said.

Hyundai’s new Santa Fe SUV and Kia’s new luxury sedan K9 will both indicate their fuel efficiency ratings as measured under the new system when they are released in April.

“Automakers should provide accurate information rather than rely on such tricks, and this will eventually help improve their reputations,” said Kim Pil-soo, a professor of Daelim University College.