India festival might be over, but its spirit lives on

India festival might be over, but its spirit lives on 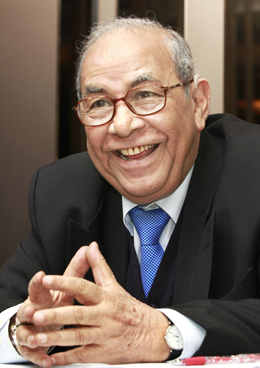 Syed Shahid Mahdi, vice president of the Indian Council for Cultural Relations, on Wednesday marked the end of a festival organized to increase cultural interaction between Korea and India.

The Festival of India, which started in July 2011, spanned nine months and traveled to several cities across the country. It included a film festival, music performances, an exhibition of Buddhist art and an exhibition of 50 original paintings by Indian polymath Rabindranath Tagore.

The festival was co-hosted by the Indian Embassy in Seoul and the ICCR.

“Korea is an important country for us for many reasons,” Mahdi said in an interview with the Korea JoongAng Daily on Tuesday in central Seoul.

“There is a lot of Korean investment in India, both cultural and economic, and vice versa, so we decided to hold this nine month festival in Korea.

“One of the best performances was by the Mrigya band in August. It combined performance with innovative dances. The film festival and the exhibition of the works of Rabindranath Tagore were also successful.”

The council was founded 50 years ago by the country’s first education minister and it now operates under the Indian foreign ministry.

The council opened a branch in Seoul in July 2011 to promote Indian culture to people who many not be familiar with the South Asian country.

“India has a very rich cultural history, but that has not been promoted because of British colonial rule. So we think now is the time to bring Indian culture to the world,” he said.

He said the Korean government is also in the process of opening a Korean cultural center in New Delhi, as well.

“I think that people [in India] should know that Korea has something more to offer than Samsung and Hyundai, because it has a very rich culture,” he said.

He said one of the council’s most important areas of interest is education. It gives scholarships to foreign students studying in India and builds partnerships with local universities worldwide.

“The founder of the council had the foresight to establish a number of scholarships for students studying in India, especially those from developing countries, and many of those people are very important people in their homeland,” he said.

“We have established ties with Hankuk University of Foreign Studies, and some of our good universities have degree programs in Korean studies that are quite popular.”

“As far back as 372, there was a Buddhist from India who reached the ancient state of Goguryeo,” he said. “In addition, a number of Korean Buddhists have visited India .?.?. and this tradition will continue.”

Mahdi said he hopes to see the spirit of the festival continue in the future, but that there are as yet no plans for another full-scale event such as this one.

“I hope to see this kind of concentrated festival held for years afterward,” he said. “And I’m sure the cultural exchanges will continue through governmental and nongovernmental efforts.”