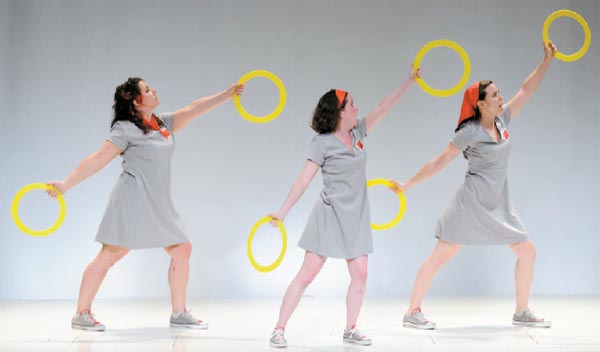 The annual multi-genre art festival Festival Bo:m returns for a sixth year for 28 days starting Thursday, and festival organizers say that this year’s line-up is more impressive than ever with new avant-garde artists from Korea and abroad. 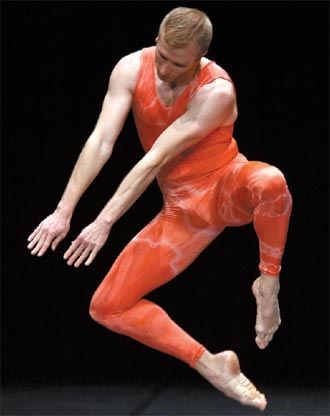 Kim Seong-hee, 46, the artistic director of the festival, who is also a professor at the Kaywon School of Art and Design, said at a press conference late last month that the festival will focus on five major issues including the plight of Japan’s defeatist youth generation; Korea’s new wave; and the movement of ideas from Western to non-Western.

The two main themes are contemporary Asian art and theatrical realism, she said.

“Local artists often work to catch up with the rules of contemporary art set by artists in the West, only to find themselves faced with yet another shift in paradigm,” Kim said. “Our goal is always to introduce those who are making their own ways in the ever changing world.”

The festival will also explore ways in which theater can help audiences move beyond the false reality suggested by television and the media.
Kim said that a highlight of this year’s festival is Chim Pom, a Tokyo-based group of six artists. The artists traveled to the Fukushima Daiichi nuclear plant to make the video they will present here, “From Super Rat to Real Times.” In the video, the six artists call themselves Pikachu, after the animated rat from “Pokemon,” to refer to the mutant rats that could appear as a result of radiation exposure. 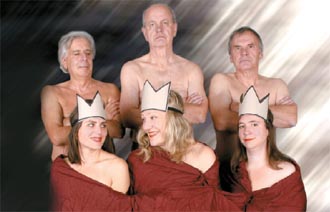 She She Pop from Germany presents its play “Testament” at Sogang University’s Mary Hall on April 13 and 14. Provided by She She Pop

“With the recent nuclear accident, Japanese young people were plunged into deeper chaos. Many young people, even those with no training in the arts, started to express their views through truly experimental art,” Kim said. “We wanted a chance to analyze their approach as well as acknowledge the international recognition they have amassed as a generation.”

The experimental video has already provoked controversy while also drawing attention to the dangers of nuclear power. In one segment, the artists plant a white flag at the nuclear plant and transform it into a Japanese flag using red spray paint. In another segment they draw a picture of the nuclear plant on a large mural by well-known artist Okamoto Taro, which is installed in Shibuya Station in Tokyo.
The video will be presented at Sogang University’s Mary Hall at 8 p.m. on April 10. 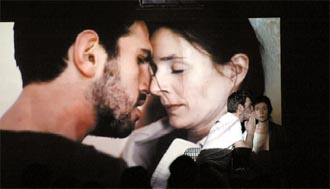 The theater company She She Pop from Germany will visit Korea for the first time with its play “Testament,” which is based on Shakespeare’s “King Lear.” The play examines an inconvenient truth behind generational conflicts related to the aging of society, caring for elderly and inheritance issues. The actors’ fathers appear on stage, adding a dose of reality to the candid and bare creation. The performance will take place at Sogang University’s Mary Hall on April 13 at 8 p.m. and on April 14 at 3 p.m.

Kim also recommends “Life and Times - Episode 1” by New York-based performance group Nature Theater of Oklahoma. The performance, led by actresses Pavol Liska and Kelly Copper, draws upon telephone conversations with friends that were recorded and transcribed word for word. In “Episode 1,” people share their recollections about the first eight years of their lives. The result is unlikely insight into some of the big questions in life. The performance is on April 1 at 3 p.m. and April 2 at 7 p.m. at Sogang University’s Mary Hall.

The festival, which kicks off on Thursday and runs until April 18, will take place in multiple venues around Seoul, including Arko Arts Theater, Daehangno Arts Theater, Doosan Art Center, National Theater Company of Korea and Sogang University’s Mary Hall. For more information, visit www.festivalbom.org or call (02) 730-9616.