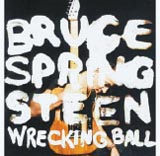 Nearly three decades ago, Bruce Springsteen wrote with sadness about a man showing his young son a hometown ravaged by outside economic forces, a town the family was about to leave.

He’s not sad now. He’s angry, mighty angry. On the new song, “Death to My Hometown,” he wants to “send the robber barons straight to hell, the greedy thieves who came around and ate the flesh of everything they found, whose crimes have gone unpunished now, who walk the streets as free men now.”

With economic injustice, Springsteen’s powerful new disc has a subject he can sink his teeth into, and he matches it with music that has some of the same clenched fury. The anthemic “We Take Care of Our Own” is made more important because it’s not true anymore. There have been notable failures to live up to that sentiment and, frankly, not everyone agrees with it.

The title track is about the tearing down of Giants Stadium, an arena Springsteen made his own over many years, yet it provides a line that best sums up the singer’s message on this disc: “Hold tight to your anger,” he sings. “And don‘t fall to your fears.” AP 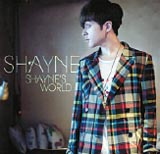 The 19-year-old Canadian singer songwriter, who has captivated legions of young women with his dulcet voice, reveals his hidden rap skills on “I See You.” Sung in Korean, the song is also a vehicle for Orok’s developing language skills, but his pronunciation is a bit awkward and he’ll have to work on that if he wants to record more in the language.

But his writing skills seem to have improved, as he demonstrates through his lyrics for the British pop style song “Summer Love.” The song tells the story of a shy boy who doesn’t know how to confess his love for a girl he’s been admiring from afar and is based on his experiences. The song was featured in the trailer for the hit romantic comedy movie “Love Fiction” and has already been gaining enthusiastic responses from fans. The lyrics show he has developed his style beyond his first single, 2009’s “You’re The One” and indicate he is on the right track. The album also contains an English-language version of the song. By Yim Seung-hye 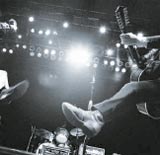 Many live albums have been classics, but many more are a mixed bag, and that’s the case with the Decemberists’ new 20-track collection from their 2011 tour.

PRO: This is a band with a remarkably broad vocabulary, even on stage. Arrangements include brass, saxes, guitars, organ, electric piano, pedal steel, violin, accordion, mandolin, harmonica and bouzouki. Lyrics include the words parapet, penitent, palanquin, moribund, rhapsodical and fontanelle.

CON: With nearly every song, the studio version is superior.

PRO: There are no drum solos.

PRO: It lasts only eight bars.

CON: Frontman Colin Meloy invites audience participation. Then he does it again. And again.

PRO: The album ends on a good note - actually all 12 notes - as the band concludes “I Was Meant for the Stage” with blatty, squealing, liberating cacophony. AP