One shot for the Olympics

One shot for the Olympics 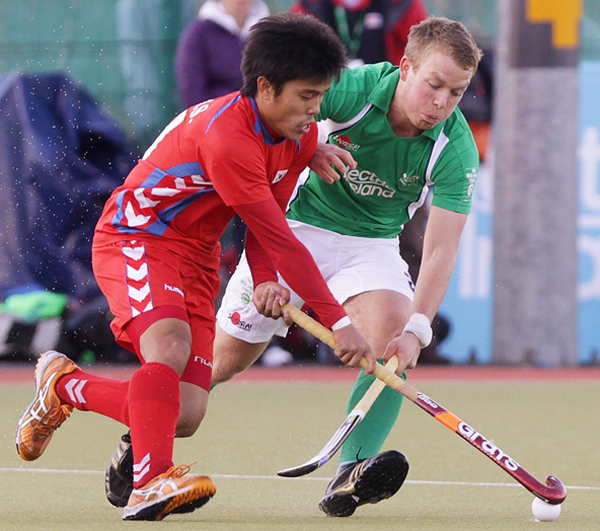 Korea’s You Hyo-sik, left, and Ireland’s Stuart Loughery vie for the ball during their International Hockey Federation Olympic qualifying match final at Belfield, Dublin on Sunday. Korea won 3-2 and will appear in the Summer Games for the fifth consecutive time since 1996. Korea, ranked No. 6 in the world, fought for position after giving up in the opening goal to Ireland. The game was close throughout, but Lee Nam-yong scored the final goal just eight seconds before the end of the game to give the team its passport to London. The best Olympic performance by a Korean men’s hockey team was in 2000 when it won silver behind the Netherlands. [AP/YONHAP]