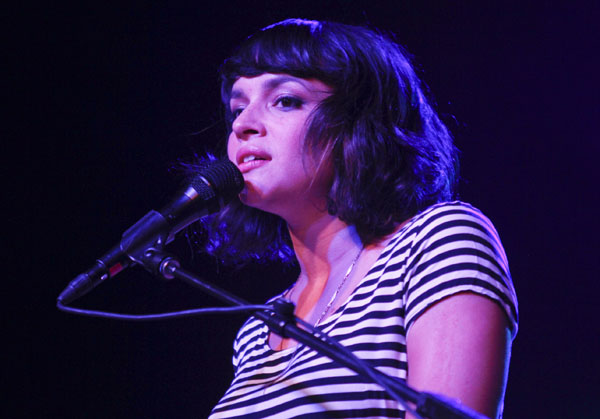 Ten years after she shook Austin and the music world with “Come Away With Me,” the 25 million-selling debut she released just weeks before the 2002 conference and festival, she returned to play her entire new album “Little Broken Hearts” at La Zona Rosa on Saturday night.

“It’s a little scary sharing these songs with new people, but we’re all friends, right?” she asked a crowd of a few hundred.

This was just the second time she’s played in public the stylish yet deeply emotional material on the 12-song collaboration with Danger Mouse, out May 1.

In an interview Friday, Jones described “Little Broken Hearts” as a concept album of sorts that examines a difficult breakup. She said she and Danger Mouse, the producer whose given name is Brian Burton, wrote most of the songs as a team, working out lyrics and the instrumentation together.

She thought Austin - in her home state of Texas - was the perfect place to share “Little Broken Hearts.”

“It seemed to make sense to come back to my new record,” Jones said. “I’m just going to play the new record. I’m not even going to play any old songs because it’s South By Southwest. It doesn’t seem wrong to do it that way. It’s fun. This is a festival. It’s for new bands, but it’s also just for new stuff, so it feels right to do the new record.”

Vaguely psychedelic and introspective, she showed fans a different side. The album is something of a departure for Jones and another step in her evolution away from the jazzy sound of the Grammy-winning “Come Away With Me.”

“Is it weird hearing music you’ve never heard before?” she asked. AP