40 years on, Hyundai Heavy more than a shipbuilder

40 years on, Hyundai Heavy more than a shipbuilder 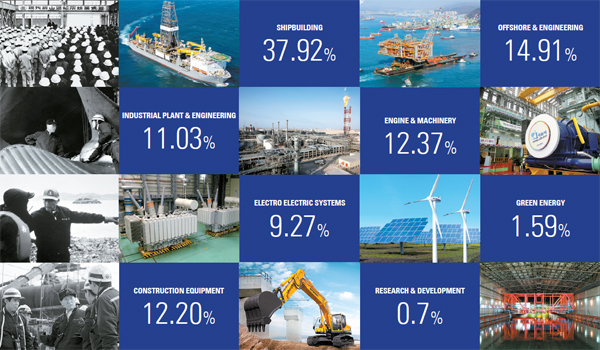 When Chung Ju-yung, the founder of Hyundai Group, went to an Italian shipping company to win an order in the early 1970s, he was derided as a bold businessman from a poor country.

Chung took out a wrinkled 500 won note from his pocket, showing it to the shipper. “Look at the turtle ship on this note,” he said, pointing to the picture on the back of Korea’s old currency. “We built this great ship 200 years earlier than the Europeans did.”

Within his lifetime, Chung would lead Hyundai Heavy Industries (HHI), which celebrates the 40th anniversary of its foundation this Friday, to become the world’s largest shipbuilder with a 15 percent total market share. 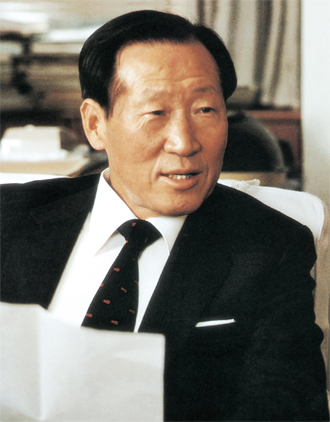 Recently surpassing 100 million gross tons in ship deliveries, HHI has become the leading force in the international maritime industry. But while it is known as a shipping powerhouse, the company has positioned itself to become a formidable player in general heavy industries worldwide.

“The famous phrase for HHI, ‘The world’s largest shipbuilder,’ isn’t enough for the company whose business portfolio is much better organized and diversified than what is known to the public,” an analyst at Woori Investment & Securities said. 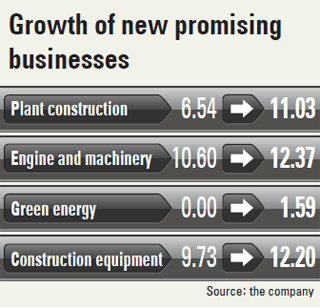 The shipbuilding business that used to account for almost half of the group’s entire sales started to fall from 2008 due to the global recession. The figure dropped from 48 percent in 2007 to 37 percent in 2011, suggesting that the company needed to increase its profits from other industries.

HHI’s second-biggest business division is offshore facilities, taking up about 14 percent of the giant’s total sales.

What has achieved remarkable growth in the post-crisis period, however, is the industrial plant construction division. The third-largest division expanded from 6 percent in 2007 to 11 percent in 2011.

HHI’s plant division not only has a long history of operations, but is also a leader in the global industrial plant market, as it consistently makes efforts to introduce new concepts conforming to changes in market trends.

“The GTL plant order proved an elevated status of HHI in the global oil plant market,” the company said.

Following the early announcement that it succeeded in developing a surgery robot capable of operating on artificial joints last year, it presented three new next-generation medical robots under development at the launching ceremony of the robot lab on Feb. 17.

“Last year, we successfully developed the six-legged robot, but the upcoming six-legged robot will be able to take more postures with greater flexibility during surgery,” an official at the company said.

The company is planning to build two more robots that help reconstruct ligaments and assist in intervention in cancer cells.

According to global market researcher Frost & Sullivan, the world’s medical robot market is forecast to grow to up to $6.6 billion by 2014.

HHI has been preparing for this growth, officials said. Its partner, Seoul Asan Medical Center, has accumulated the experience of holding up to 2,800 operations since it launched the robot surgery center in cooperation with HHI in 2007.

The shipbuilder has been investing in the area to diversify its income sources. It targets a 60 percent share in the global market for artificial joint surgical robots in 2016 by raising 200 billion won ($178 million) in sales.

For another four decades, HHI said it plans to grow into a world-class heavy industrial group comparable to Japan’s Mitsubishi Heavy Industries, which has even reached into the aerospace systems industry.

“Since the shipbuilding unit’s sales portion has been on the decline, it’s crucial to strike a balance between the lucrative unit and the other divisions to grow as a general heavy industrial group like Mitsubishi,” said Kim Moon-hyun, senior vice president at the company.