North’s rocket launch to be hot topic at forum

North’s rocket launch to be hot topic at forum 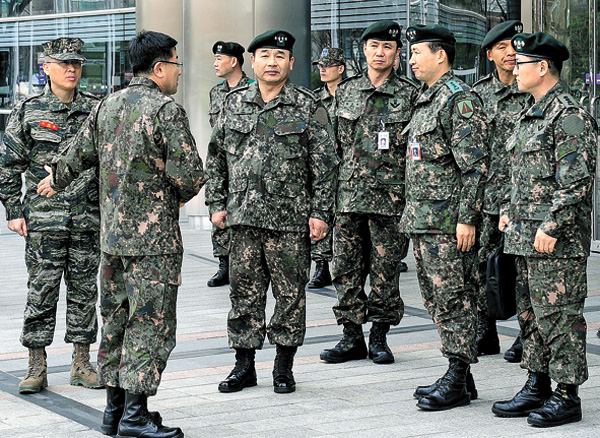 General Jung Seung-jo, chairman of the Joint Chiefs of Staff, center, and related officials make an on-site inspection of COEX, in southern Seoul, the venue of the Nuclear Security Summit, yesterday. Korea’s military alert status has been raised ahead of the major international event, which will host leaders of 50 nations from March 26-27. [NEWSIS]


South Korea will take issue with North Korea’s plan to launch a rocket when a host of world leaders gather in Seoul for the Nuclear Security Summit next week, according to Seoul officials yesterday.

“President Lee [Myung-bak] decided to respond [to the North’s missile launch] together with the international community,” said the president’s spokesman Park Jeong-ha at a press briefing. This will be done “through a close consultation with the leaders from related countries such as the United States, Japan, Russia, China and the European Union, using the Nuclear Security Summit to be held next week as momentum,” Park said. 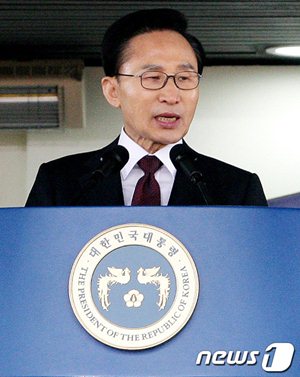 Earlier in the day, the president hosted a meeting with the ministers of foreign affairs and national security, where they denounced the North’s plan to launch what it says is a satellite as a “grave provocation,” Park said. The North announced last Friday that it would launch observation satellite Kwangmyongsong-3 as part of the long-range Unha-3 rocket between April 12-16 to mark the centennial of the North’s late founder Kim Il Sung’s birth, which falls on April 15.

Seoul sees the launch as a disguised scheme to test the capability of ballistic missiles that are ultimately to be used to carry nuclear weapons, Park said. In a possible pattern, the North’s previous satellite launches preceded its two nuclear tests in 2006 and 2009, respectively. The international community is urging the North to stop the plan, citing the UN resolution 1874 that bans the North from testing ballistic missiles, while the North claims it is for peaceful, scientific purposes.

The Seoul summit, to be held next Monday and Tuesday, will bring together the top leaders of 53 countries and four international organizations. South Korean President Lee Myung-bak is scheduled to attend around 25 bilateral summits during the nuclear summit. “In major summits such as the ones with the U.S. and China, the chance is high that the North’s issue will be treated as a priority,” the official said.

During a radio address yesterday, the president said Seoul’s adherence to the principle of nuclear non-proliferation in the face of the North’s incessant nuclear threat has helped lead it to the role of host of the Nuclear Security Summit. The summit “will play a significant role in expanding the support base of the international community for the denuclearization of North Korea,” Lee said. Stressing that there is enough nuclear material around the world to make as many as 130,000 nuclear weapons, Lee said the summit’s goal is to strengthen the management of the existing nuclear material, to minimize it and to make the world nuke-free. He said the first Nuclear Security Summit, held in Washington in April 2010, was a wake-up call for the significance of nuclear security, and the Seoul summit would produce specific action plans through a Seoul communique.