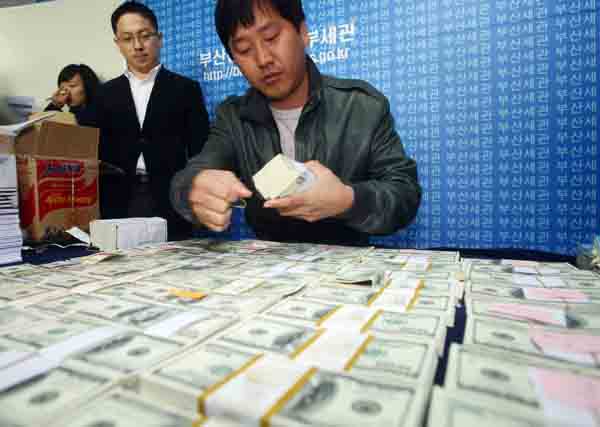 Busan customs officials inspect hundreds of thousands of confiscated U.S. dollars at their office in central Busan yesterday. The bills were smuggled via container ship by the head of a textile dyeing company and his two sons. Over $938,800 was discovered hidden in a box amidst the cargo on the ship as it entered the country Jan. 21. Since 2010, the 67-year-old head of the textile company surnamed Kim and his sons, who were both arrested, have smuggled over $4 million into the country without reporting it to customs. Each stack contains 100 hundred-dollar bills. [NEWSIS]