Advice from the ant world, in book form

Advice from the ant world, in book form 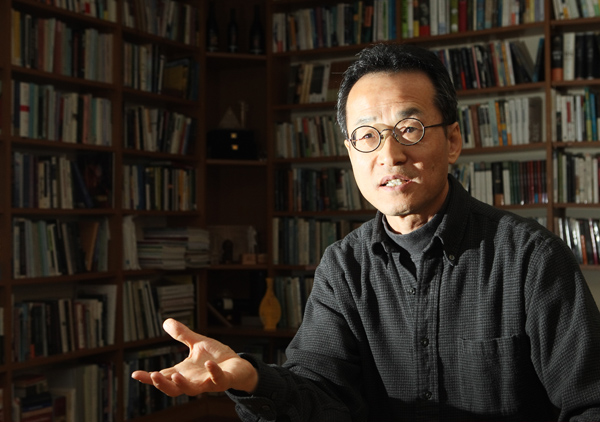 Choe Jae-chun, a renowned behavioral ecologist, talks about his book “Secret Lives of Ants” and how readers can improve their lives by adopting some of the insects’ habits.[JoongAng Ilbo]


Choe Jae-chun, an award-winning author and renowned behavioral ecologist, has been described in the Korean media as the “scientist with the mind of a poet.” 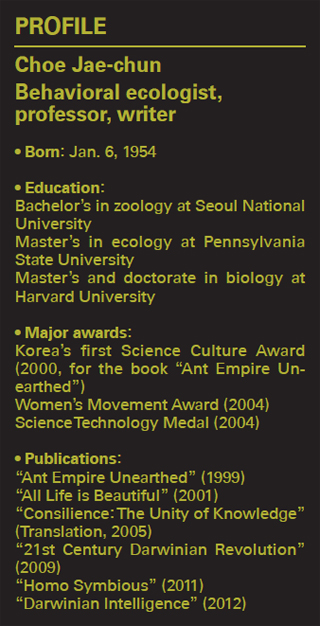 In fact, Choe dreamed of becoming a poet when he was young. Although he is now a professor in the ecoscience division at Ewha Womans University, among his many other titles, writing remains his lifelong passion.

Add to the mix Choe’s mission to promote collaboration between the fields of liberal arts and natural science, and it’s probably no surprise that he is known in academia as the scientist with the best ability to communicate with the public.

Choe is a prolific writer. Over the last 12 years, he has written about 56 books - including translations and compilations - covering topics from evolution and the importance of life to consilience.

While he said he has a special place in his heart for all of his works, the book that he says is extra special to him is the one set to be released in the United States this month.

“Secret Lives of Ants” is the updated, English-language translation of his “Ant Empire Unearthed,” which was published here in 1999. The original book won critical acclaim and was read by all age groups. Most of all, it came as something of a shock to the scientific community in Korea because it was the first book to present complicated scientific research in a fun and engaging way.

The Korea JoongAng Daily met with Choe to discuss the U.S. release of his book. After presenting a business card depicting the faces of a gibbon, a magpie and two ants climbing up the letters of his name, he settled into his cozy office, which is filled with books, wooden furniture and animal-inspired decorations. 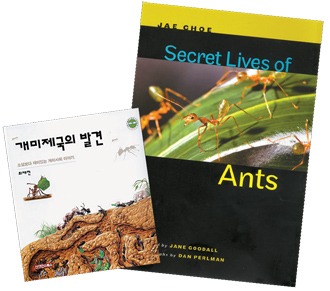 Choe Jae-chun’s “Secret Lives of Ants,” left, will be released in the United States this month. It is the English-language translation of his “Ant Empire Unearthed,” which was published in Korea in 1999.

Q. Tell us what this book means to you personally.

A. I started writing in the U.S. before I did in Korea. “Ant Empire Unearthed” was the first popular book I wrote here, So you could say it was the first time I communicated with the Korean public.

The book got so much media attention. Journalists told me that it was unprecedented back then in Korea for scientists, who usually examine a specific field, to attempt to convey their work and achievements to non-experts in such a general, comprehensive way.

It wasn’t my intention to be a pioneer or anything. I’ve just been used to writing my whole life, so I simply wrote about how amazing science can be.

I was fortunate because with the book I became the first recipient of the “Science Culture Award,” given by the Education Ministry.

As for the “Secret Lives of Ants,” it is exciting for me to publish a book in the U.S. - more so, because I hope to focus on publishing in the U.S. from now on. So it’s meaningful to meet readers there who I wish to reach with my second and third books.

How does the English-language version of the book differ from the Korean one?

For starters, the English-language version is more generic. I had to remove from the Korean-language version some of the provincial elements or cases that are only relevant to and understood by Koreans.

The English-language version is also more up-to-date. I included some of the findings on studies of ants that have emerged in recent years, as the Korean-language version had not yet been revised.

After publishing the Korean-language version, I gave a lot of lectures at various businesses, and as I answered questions from people at those lectures, I realized there were some striking similarities between the ant world and corporate management and marketing.

Another example is how management-labor conflicts are non-existent in the ant world. When termites build their houses, there is no supervisor telling them what to do. They just look at what their peers are doing and figure out what they should do. This is similar to the self-organization and lateral leadership principles in corporate management.

I plan to publish a revised Korean-language edition next year that includes these ideas.

It is my wish that after reading this book, readers will draw some conclusions about how ants live and ask, “What about us?”

I hope they will take the time to reflect on their lives - how similar or different their lives are from the lives of ants. I hope readers will be not just amazed by ants but will also ponder how they can do things differently.

One thing I think we can learn from ants is how they always put the organization they belong to ahead of their own interests. It is pretty selfless and self-sacrificing. It is such a powerful concept because one ant may be weak but together they are strong. Perhaps being that way is innately and essentially impossible for human beings. We are used to putting ourselves before our country.

Over the years, historians, ethicists and philosophers have tried to instill in us values that are similar to those of ants: less greed, more consideration for others. Religions have also tried to do that through education and salvation.

The big difference is that ants aren’t educated or told or forced to be a certain way. They put their group ahead of themselves through understanding, adaptation and voluntary will.

Yet I wouldn’t want people to learn ants’ cruelty and absolute adherence to principle. For instance, queen ants foster worker ants in the hopes of creating a nation. And some of them form alliances that transcend color and breed.

But later, when the time comes and they need to choose just one queen ant, the worker ants decide which queen ants should go and then they conspire to kill them. So for some worker ants, it’s like killing their own mothers.

There have been many studies on ants. What other types of studies would you like to see on these insects?

Many studies have been done on ants, but I’d like to see a study that involves collective intelligence.

For instance, as I wrote in a column for a Korean newspaper recently, social networking services are popular among Koreans now, but ants have been engaged in social networking for a long time. They use pheromones to send messages and mediate among themselves.

Some people say that social networking services are bad and people should stop using them because of the side effects they’ve had; for instance, they have been used to target individuals and make verbal attacks. But I believe that with time, the users of these services will start to monitor each other and engage in “worker policing” - just as ants do.

Another thing I’d like to see is a study on the reproductive habits of queen ants and its applications for the study of infertility. There are many young couples who struggle with infertility. But there may be a key in the ant world, as queen ants are able to store sperm in their body for 10 years.

Also, queen ants live for years whereas the worker ants live for just months even though genetically they are the same. Perhaps there is something we can derive from that in order to prolong people’s lives or to slow aging.